Your default browser language is set to . Browse this site in another language:
English 日本語 简体中文 繁體中文（香港） 繁體中文（台灣）
Continue
All
Innovation
Insights
Sustainability
Resources
Currently reading
One of Southeast Asia’s smallest countries is diversifying its economy

One of Southeast Asia’s smallest countries is diversifying its economy

Long reliant on oil exports for its revenue, Brunei Darussalam is now taking steps to create a more conducive entrepreneurial environment for local companies to flourish. 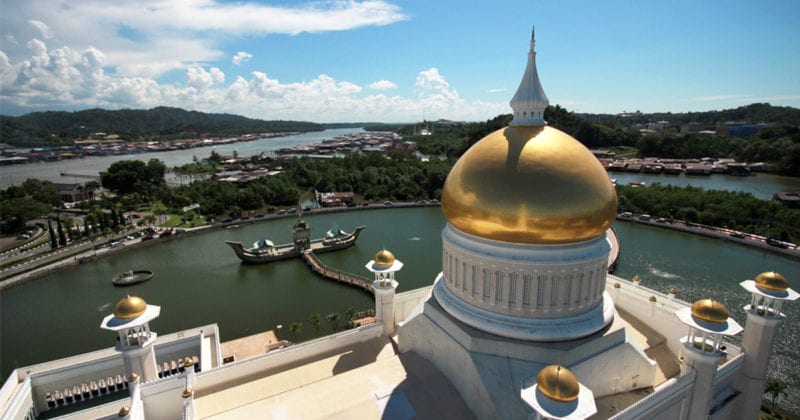 The fluctuation in crude oil prices over the past five years has been a wake-up call for the nation’s government which, fueled largely by petrodollars, has built Brunei into a prosperous country with one of the highest living standards in the world.

Despite its riches, Brunei’s population of just over 400,000 is often overlooked by larger neighbors. Whilst economic shifts have thrown up new challenges for the oil-rich sultanate, it is equally creating new opportunities for reforms, economic diversification and local businesses to thrive in the process.

Investing in the future

According to a consultation by the Executive Board of the International Monetary Fund (IMF), Brunei has already shown considerable progress in its economic diversification efforts.

In particular, the recent slew of Foreign Direct Investment (FDI) projects in its priority sectors played a huge role toward its goal of creating a more dynamic and sustainable economy.

Brunei’s continued attractiveness for investment opportunities, however, hinges on the government’s sustained efforts in enhancing the business environment, supporting the growth of micro, small and medium enterprises (MSMEs) and raising its human capital.

Part of the government’s long-term development plan "Brunei Vision 2035" recognizes the importance of developing a more diverse export profile and a healthy business climate by spurring growth among MSMEs through policy changes and incentives.

With strong commitment on the government’s part, this potential for growth has not gone unnoticed by companies in the non-oil & gas (O&G) and private sectors.

DHL, for instance, has invested BND1.76 million (€1.1 million) in a new 1,177 sqm logistics facility — five times the size of the previous center — to help local businesses explore international markets with its shipping and logistics services.

Kamarul Azman, Branch Manager, DHL Express Brunei, said that until now the company’s business there had been largely focused on imports.

“Traditionally, Brunei has been more of a buyer than a seller,” he said. “We handle around 85 percent imports versus 15 percent exports.”

But all that may be about to change as Brunei’s transformation gathers steam.

For decades, Brunei has enjoyed a certain aloofness from the cut and thrust of commerce, relying substantially on a large public sector for employment.

Its bountiful oil and gas reserves, together with income from a weighty overseas investment portfolio, have helped make Brunei the fifth-richest nation in the world by GDP (Gross Domestic Product) based on purchasing power parity (PPP) per capita, according to the International Monetary Fund.

However, the country’s wealth feeds off an economy heavily reliant on the O&G sector. It is estimated that the sector accounts for as much as 90 percent of government revenue, 95 percent of its total exports, and generates more than 60 percent of the nation’s GDP. 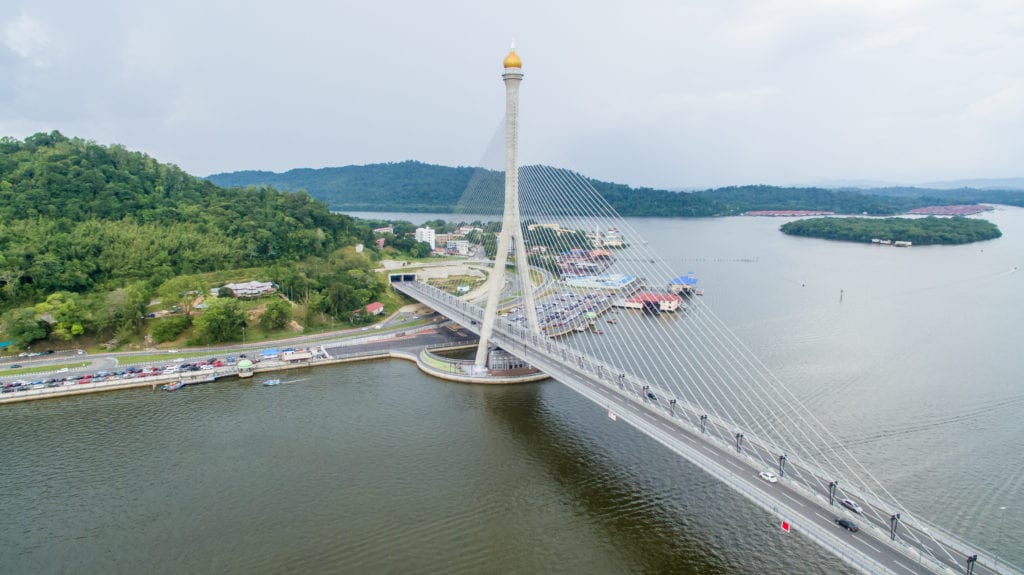 “Oil and gas have, for a number of years, been the main sources of income for the country, so the recent crisis in oil prices has had a significant impact on the economy,” Kamarul shared.

Those declining prices and rising costs have combined to hobble growth in recent times, causing large budget deficits over the past three years.

But thanks to major reforms introduced by the government to reduce the country’s dependence on energy exports in 2015, the country’s economic performance is expected to improve further in 2019.

Getting down to business

The government’s efforts to improve Brunei’s business environment by encouraging a more entrepreneurial culture have already started to bear fruit — the country was named the most improved economy in the world between 2016 and 2018 according to World Bank’s latest Doing Business report.

"The extensive support from the government and private initiatives makes it an opportune moment for local businesses to expand across borders."

Among the key factors driving Brunei’s success was the improvement for MSMEs in getting credit with a new, efficient credit scoring system by banks, which was recognized as being on par with New Zealand as the world’s best.

“While these measures have helped stimulate the business climate, the oil price crisis has also shifted the attitudes of local entrepreneurs,” Kamarul explained.

“In the past, most people choose to set up businesses focusing solely on the domestic market. But since the dip in oil prices, we have observed a growing trend of businesses taking interest in expanding beyond Brunei’s limited domestic market,” he said.

DHL Express has been actively engaged in the process, partnering with government agencies such as Darussalam Enterprise (DARe) to deliver programs and workshops that help educate Brunei businesses on marketing their products offshore.

The logistics company’s efforts dovetail with a range of other government assistance incentives for local MSMEs including wage subsidies to hire workers and direct support to develop new products.

“Through these efforts, we hope to share our experience and knowledge to empower local businesses to venture into international expansion,” said Kamarul.

The future is global

Receiving just 259,000 international visitors in 2017, the country’s latest push for tourism — a key priority under Brunei Vision 2035 — opens up opportunities for different local businesses to leverage the growth in international tourist arrivals.

With the rise of e-commerce and social media, the way products are marketed and sold internationally has also evolved, and that knowledge is vital for businesses looking beyond the domestic market. Examples of sectors that could benefit are Brunei’s unique handcrafts industry as well as its halal food industry.

“The extensive support from the government and private initiatives makes it an opportune moment for local businesses to expand across borders,” Kamarul added.

Regardless of how Brunei’s economy develops and diversifies in future, logistics will be instrumental in helping the tiny nation shine on the global stage.

2 0
Thank you for leaving your feedback
Reuse this content
STORIES YOU MAY LIKE
Insights
Indonesia eyes FTA negotiations to shore up post-pandemic economy
As Indonesia recovers from the Covid-19 pandemic that has disrupted global trade, can free trade agreements offer its exporters a welcome boost?
Insights
Oil price volatility nudges Kuwait to accelerate economic diversification
Kuwait’s plan to reduce dependence on oil revenues is now a priority as oil price volatility takes a toll on its economy.
Insights
In a post-oil era, Oman wants to become a key logistics hub of the world
The Middle Eastern sultanate wants to pave a new road to success by diversifying its economy, with an eye on developing the logistics sector.
Insights
Africa’s continental free trade agreement has finally launched. What now?
With cooperation from its member countries, the landmark agreement could be a turning point for Africa’s underperforming intra-regional trade.
Insights
Vision 2030: The future of logistics in Saudi Arabia
For decades, Saudi Arabia has banked on oil and gas to build the largest economy in the Middle East. This may change going forward.
Insights
Vietnam rises as a manufacturing star
According to DHL’s Global Connectedness Index 2020, Vietnam ranked 38th out of 169 countries, one place higher than in 2017.