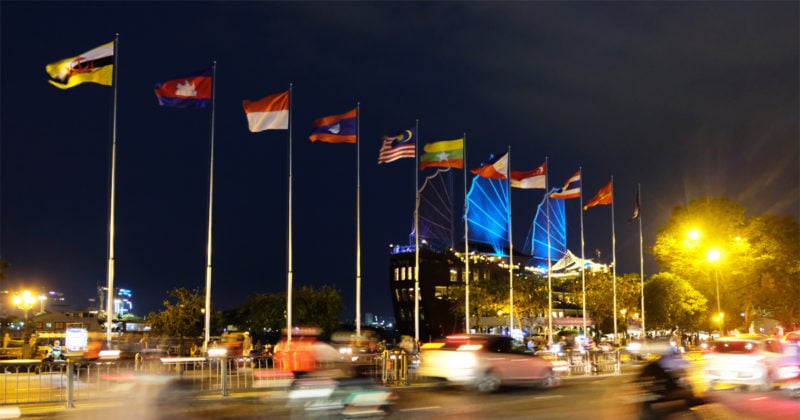 Read next
ASEAN–China trade surges, but for how long?

Global technology companies have much to think about as they seek to limit supply chain risks caused by the trade wars. 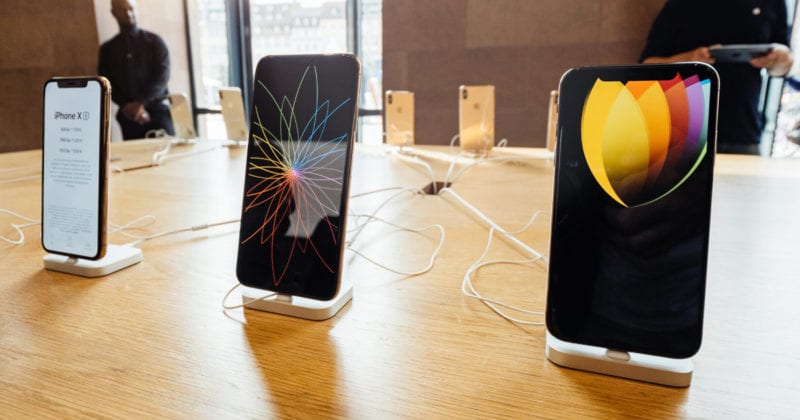 The U.S.–China and Japan–South Korea trade disputes look increasingly unlikely to be resolved in the near term.

The former impasse is particularly fraught, with U.S. President Donald Trump taking to Twitter in late August to order American businesses out of China.

....better off without them. The vast amounts of money made and stolen by China from the United States, year after year, for decades, will and must STOP. Our great American companies are hereby ordered to immediately start looking for an alternative to China, including bringing..

Regardless of whether the president has the authority to issue such edicts, growing trade tensions between Washington and Beijing are forcing many U.S. companies to rethink their reliance on China.

And while these businesses weigh up the actions needed to untangle and shift operations elsewhere, their Chinese counterparts are being presented with new opportunities.

Such standoffs have potentially destructive macroeconomic consequences for many industries. A recent survey by management consulting firm Bain & Company found that 60 percent of U.S. multinationals with suppliers or operations in China expect a negative impact from tariffs. Of those, nearly 40 percent anticipated a cost increase of more than 5 percent.

Global technology supply chains are among those at the highest risk of fracturing as a result. But the uncertainty of the escalating trade tensions is also forcing tech companies to assess how they can create an enduring competitive advantage.

In some cases, leadership teams on both sides of the tariff dispute are reviewing demand and supply chain capabilities at home and in emerging markets across Southeast Asia, Eastern Europe and Latin America.

For example, Chinese company GoerTek, an Apple equipment supplier based in the eastern city of Weifang, last year asked suppliers involved in its AirPod production to ship all necessary materials and components directly to Vietnam, according to the Nikkei Asian Review.

For U.S. companies, it could mean reshoring or nearshoring operations in the U.S., Mexico, or Canada.

Whatever the decision, the business solution must balance taking short-term action to shield operations from higher costs and interruption linked to the U.S.–China trade dispute with taking advantage of the opportunity to reposition supply chains for the future.

However, with the DHL Global Trade Barometer outlining a broadly downward trade outlook for the high-technology sector over the first six months of 2019, any rebalancing strategy will resemble a tightrope walk. According to the global index, the decline in sentiment has been particularly observed in China and the U.S.

The complexity of many manufacturing processes makes shifting production difficult, time-consuming, and expensive. Additionally, the interconnected nature of supply chains means that no product move can be made in isolation, and the impact on all other parts of the network must be considered.

A typical supply chain for a complex product like a smartphone involves making high-tech, expensive components in an advanced country like the U.S. or Japan, and then shipping them to a low-cost assembler in a country such as China or Vietnam.

The widely known example is that of the iPhone, one of the biggest single contributors to the U.S. bilateral trade deficit with China in the technology sector. While trade statistics count the full cost of the device as a U.S. import from China, an iPhone is constructed with multiple components sourced from suppliers in the U.S., Japan, South Korea, and the European Union, before being assembled in China.

Analysis from the Boston Consulting Group puts the actual value that China adds to the average iPhone at somewhere between 4 percent and 20 percent, a variance explained by the fact that not all suppliers and source countries can be specifically identified.

It appears likely that other global technology companies will follow Apple’s example and negotiate contracts with suppliers that offer capacity in multiple countries as a hedge against geopolitical risk while also adopting a ‘wait-and-see’ approach to their China-based network.

The view from China is that continued trade limbo — or another round of tariffs — could slow the U.S. economy ahead of the 2020 election, creating an ideal backdrop for a better deal.

However, some foreign suppliers to Chinese companies are losing out to domestic operators, especially in industries that are central to China’s long-term industrial policy, such as renewable energy. To offset rising costs, Chinese technology companies have resorted to shifting their coastal production hubs inland, where wages are lower. 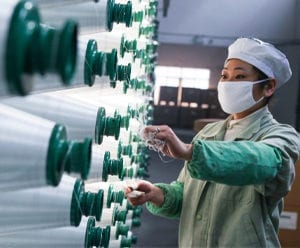 China is also pushing companies to relocate supply chains to China or neighboring countries, accelerating a trend toward more regional supply chains — more firms have been seeking out cheaper manufacturing destinations in Southeast Asia such as Vietnam. But reconfiguration takes time, and while the relocation of cross-border supply chains might work for China, it may not work well for others.

According to Kamala Raman, senior director analyst at global research and advisory firm Gartner, China’s scale as both a manufacturer and a market cannot be underestimated.

More importantly, it cannot be replicated in another country. “An exit followed by re-entry when things have calmed down can prove unwise when companies with a previous strong standing in the Chinese market suddenly face healthy and growing domestic competition,” he said.

3 0
Thank you for leaving your feedback
Reuse this content
STORIES YOU MAY LIKE
Insights
5 sectors feeling the brunt of the U.S.–China trade conflict
As trade friction between the world’s two most powerful economies persists, how are key sectors bearing up?
Insights
Trade war accelerates shift of production from China
Countries in Southeast Asia have emerged as alternative manufacturing hubs to China as companies seek to avoid hefty U.S. tariffs.
Insights
Winners and losers of the U.S.-China phase one trade deal
A pause in the trade conflict between the U.S. and China brings both good and bad news.
Insights
Timeline: How Australia’s beef with China is edging toward a trade war
Australia and China are on the brink of a trade war. But when exactly did the tensions begin, and why?
Insights
Timeline: How the U.S.–EU trade dispute took shape
The trade dispute brewing between the United States and the European Union has shown no sign of abating.
Insights
5 signs the trade war may be hurting the U.S. economy
After more than a year of punitive tariffs, what are the effects of the trade war on the U.S. economy?