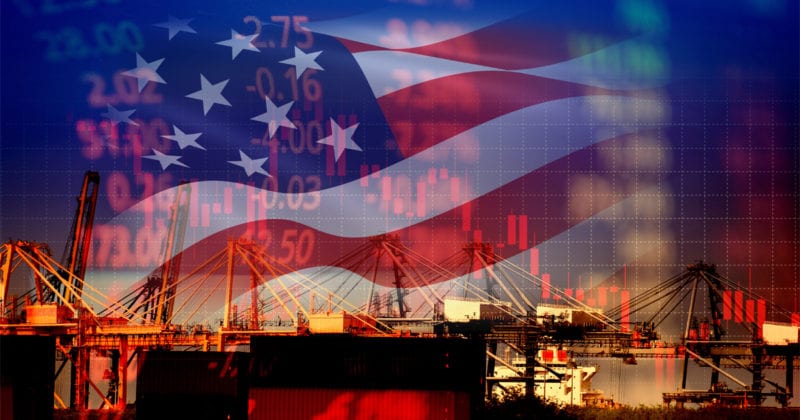 Read next
5 signs the trade war may be hurting the U.S. economy

Tariffs aside, China has been quietly imposing barriers that restrict trade and protect its domestic industries. 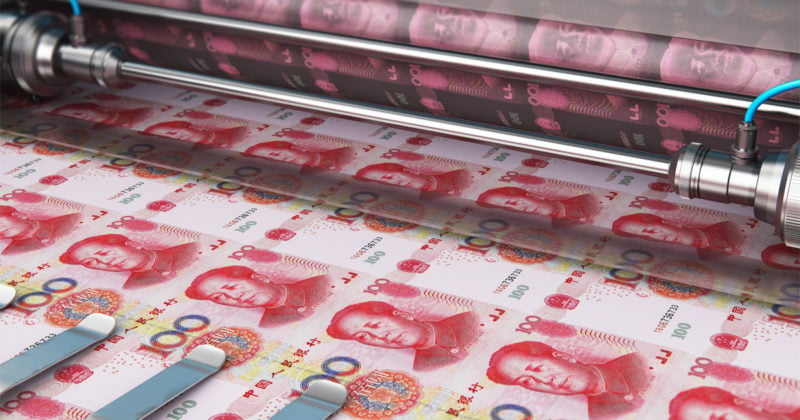 Retaliatory tariffs tend to grab the headlines covering the U.S.–China trade conflict which has been linked to slowing global economic growth.

Less talked-about is China’s complex web of non-tariff barriers that the U.S. claims are restricting American companies’ ability to trade with the Asian giant.

The U.S. points to barriers such as industrial subsidies and strict regulatory requirements that can slow down or limit the influx of imports. China’s use of such measures predates its trade war with the U.S. and it applies them to a wide range of trading partners.

However, they have become a particularly sore point with the U.S., which claims they “undermine fair and reciprocal trade.” 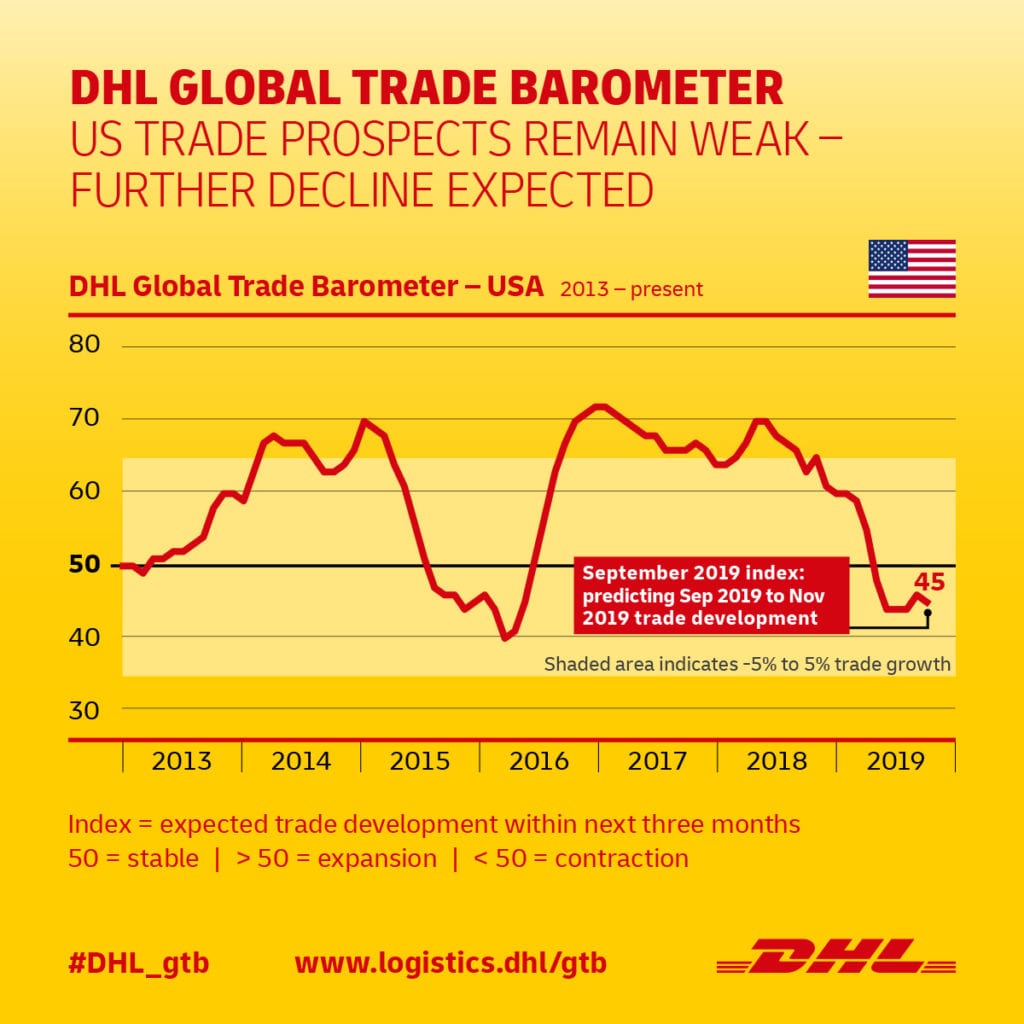 The resulting tensions with China over these practices have damaged U.S. trade prospects, as DHL’s Global Trade Barometer shows.

Below are some of the main trade barriers that China imposes.

Restrictions on information and communications technology products and services

Invoking national security, China has adopted a raft of regulations that require information and communications technology (ICT) equipment used in critical sectors to be “secure and controllable.”

One such requirement mandates that all foreign ICT firms transfer or disclose source code for government checks, along with other sensitive intellectual property.

Regulators also impose strict rules on foreign data and cloud services. For instance, laws that came into effect in 2017 require foreign firms to store data on local servers and submit to data surveillance. 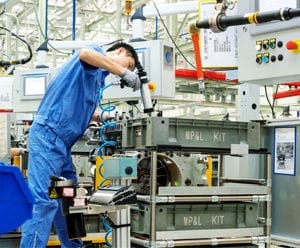 Other measures include imposing stringent research and development requirements on U.S. firms operating in China — such as the mandatory use of Chinese-produced encryption algorithms for any 4G cellular products.

China has implemented a foreign investment regime that the U.S. claims effectively protects many domestic industries including agriculture, extractive industries, technology, and some manufacturing sectors.

Restrictions take the form of foreign equity caps and joint venture requirements. For instance, foreign cloud services operators that want to base themselves in China must enter into local joint ventures, with their equity capped at 50 percent.

This measure also applies to foreign carmakers. In March 2018, Tesla Inc CEO Elon Musk said on Twitter that China’s approach created an unfair playing field and that trade with the country was like “competing in an Olympic race wearing lead shoes.”

At the same time, China maintains a complex case-by-case administrative approval system for a broad range of investments. Investment approval in some cases may be conditional on a foreign enterprise transferring technology to China.

China provides substantial subsidies to its domestic industries, which the U.S. says are creating excess capacity situations in a range of industries such as steel and aluminum.

In its view, the resulting overproduction distorts global trade markets and affects U.S. industries because of its impact on global prices and supply makes it difficult for producers to remain viable.

In August, this approach reached new levels when China’s central bank allowed the yuan to sink below the sensitive seven-to-one US dollar level for the first time since 2008 in what one expert called a “weaponization” of the currency.

China imposes export quotas and duties on raw material inputs where it gains leverage from being among the world’s leading producers. This includes rare earths — a key input for a multitude of U.S.-made products.

At the same time, China’s ongoing implementation of its 2015 Food Safety Law has led to the introduction of a myriad of new regulations. These include more stringent export facility and production registration requirements for goods such as dairy and soybeans.

Raising or lowering the rate of the Value Added Tax (VAT) rebate available on exports is a further measure that can act as a trade barrier. The Chinese government sometimes increases the refund rate to stimulate exports and decreases it to enhance the competitiveness of local Chinese businesses. However, frequent changes to the VAT rebate rate can add to uncertainty in global markets.

U.S. views all such measures as China providing a tool to control the volume of trade as it desires.

As trade tensions continue to simmer, some U.S. analysts have considered the possibility that China may soon begin to implement an even more extensive range of non-tariff trade barriers.

China has a history of retaliating with non-tariff measures when disputes with major trade partners escalate. In 2012, for example, after China’s ongoing sovereignty quarrel with Japan over the Senkaku Islands flared anew, it threatened trade sanctions and embarked on several other reprisals.

“China has laid out its [non-tariff] playbook in previous spats with South Korea and Japan,” Andrew Polk from Beijing-based consultancy Trivium recently told the Financial Times. “China … has plenty of weapons to use once it runs out of quantitative measures.”

Such measures could take the form of increased scrutiny of U.S. exports at customs points.

Others, however, see the tougher inspections and other actions as one-offs, affecting only a few American “poster children.”

Non-tariff barriers have not been a big deal for many American companies in China, William Zarit, chairman of the American Chamber of Commerce in China, told the South China Morning Post.

“We’re not seeing much in terms of the qualitative retaliation,” Zarit said. Chinese authorities “understand that foreign investment is in their interest.”

0 0
Thank you for leaving your feedback
Reuse this content
STORIES YOU MAY LIKE
Insights
Winners and losers of the U.S.-China phase one trade deal
A pause in the trade conflict between the U.S. and China brings both good and bad news.
Insights
ASEAN–China trade surges, but for how long?
Growing trade signals shifting dynamics between China and the Association of Southeast Asian Nations (ASEAN).
Insights
‘Made in China 2025’ industrial policy lives on
China may have gone quiet about its ‘Made in China 2025’ plan, but the policy behind it is still very much alive.
Insights
Trade war accelerates shift of production from China
Countries in Southeast Asia have emerged as alternative manufacturing hubs to China as companies seek to avoid hefty U.S. tariffs.
Insights
5 sectors feeling the brunt of the U.S.–China trade conflict
As trade friction between the world’s two most powerful economies persists, how are key sectors bearing up?
Insights
Uncertainty weighs on U.S.-China trade war due to Covid-19 spillover effects
United States President Donald Trump is back to threatening new tariffs on China, jeopardizing a hard-won trade deal.