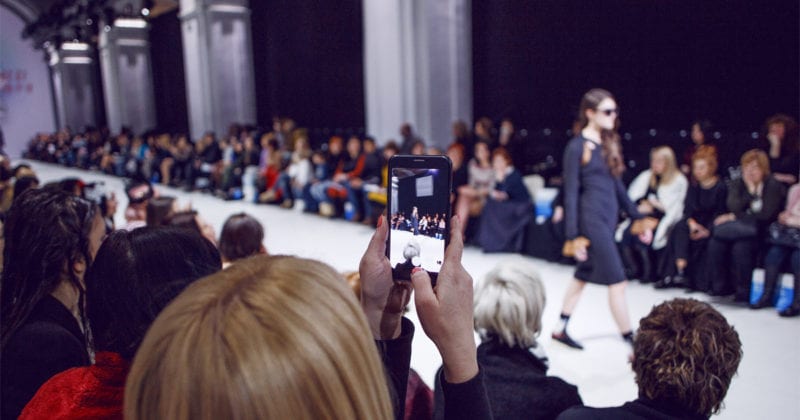 5 sectors feeling the brunt of the U.S.–China trade conflict

As trade friction between the world’s two most powerful economies persists, how are key sectors bearing up? 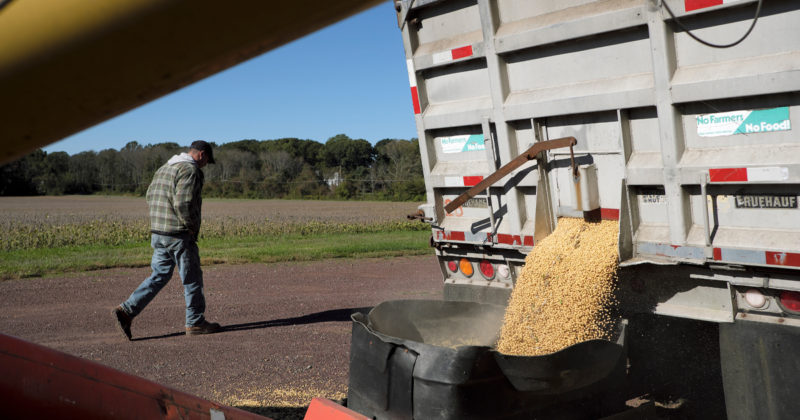 Patience is wearing thin among American soybean farmers as the prolonged trade dispute has translated into steep losses caused by a drastic drop in exports to China.

The U.S. agriculture sector is just one of the many sectors across both markets bearing the consequences of the unresolved trade conflict.

In July 2019, the tariff war between the U.S. and China officially entered its second year. So far, the U.S. has imposed tariffs on US$250 billion (€223 billion) worth of Chinese goods before China retaliated by placing import levies on US$110 billion of U.S. goods.

As the International Monetary Fund points out, while the tariffs have sharply reduced trade between the U.S. and China, the bilateral trade deficit remains broadly unchanged. At the same time, amid weak global economic growth sentiment and disruption to supply chains, China’s growth has slowed to levels unseen since 1992, while U.S. economic growth forecasts have also been cut. 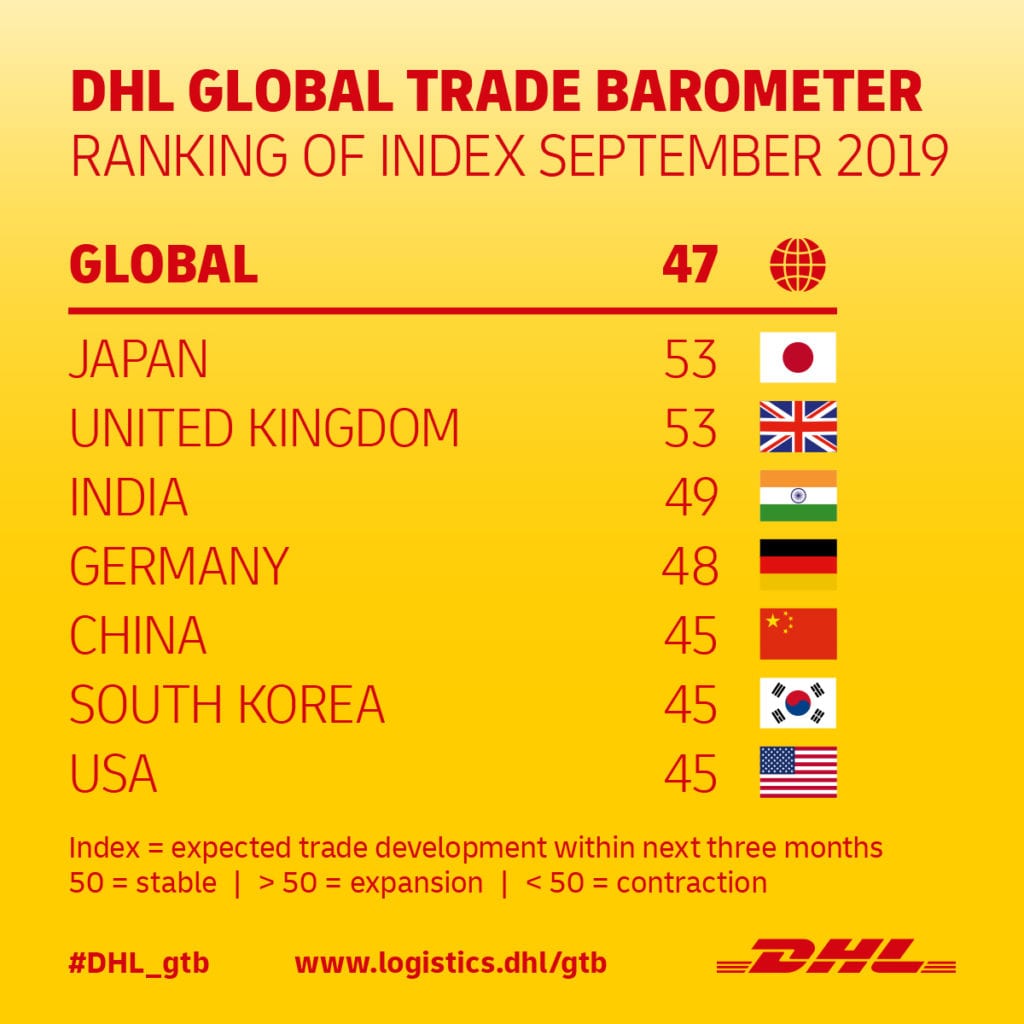 According to the DHL Global Trade Barometer (GTB), the trade growth outlook for both countries has deteriorated. In the case of China, the overall index has decreased by four points to 45 since June. For U.S. trade, the GTB predicts further contraction despite a slight increase of one point to 45 points from June.

With little resolution to the conflict in sight, what has the topline impact been so far on key sectors within the U.S. and Chinese economies?

Since April 2018, China’s tariffs have targeted more than 1,000 U.S. agricultural products, with a total value of around US$22.6 billion. Most notably, U.S. soybean exports have been affected.

The oilseed, used to make cooking oil and animal feed, is the leading U.S. agricultural export to China, accounting for about 60 percent of its total soybean output in 2018. However, as recent data from China’s Ministry of Agriculture shows, in the first five months of 2019, China’s imports of U.S. soybeans shrank by 70.6 percent year-on-year to 4.31 million tons. As the world’s biggest soybean producer, Brazil is forecast to fill the gap left by the U.S. in a major trade shift for the crop. U.S. farmers, meanwhile, are in line to receive a government aid package totaling US$16 billion to offset lower farm goods prices and lost sales due to the trade war.

Tesla, for example, announced in 2018 that higher tariffs on Chinese auto components pushed up costs for the company by US$50 million during that year’s fourth quarter, though the automaker recently got a 10 percent tax break from Chinese authorities.

At the same time, China’s tariffs on U.S. automobiles affect U.S. auto exports. As data from the U.S.–China Business Council shows, the U.S. exported motor vehicles to China to the value of US$10.1 billion in 2017. That figure declined to US$6.3 billion in 2018.

Tariffs are also reducing profits and increasing manufacturing costs for more than 60 percent of U.S. automotive firms based in China, a recent survey found.

Trade war tensions, together with disruptions to supply chains caused by the tariffs, are weighing on U.S. technology companies.

Industrial suppliers including United Technologies have said they have been absorbing some tariff costs as well as passing price increases tied to tariffs on to consumers.

...unfair Trading Relationship. China should not have put new Tariffs on 75 BILLION DOLLARS of United States product (politically motivated!). Starting on October 1st, the 250 BILLION DOLLARS of goods and products from China, currently being taxed at 25%, will be taxed at 30%...

Major players like Apple have so far been able to escape tariffs on its China-assembled smartphones, but that may yet change if President Donald Trump makes good on his threat to impose tariffs on all Chinese imports.

Chipmakers and electronics manufacturers that are highly dependent on China for sales are also left vulnerable in the trade war if demand plummets further.

There are other signs that the U.S. tariffs on Chinese exports are beginning to weigh in on the country’s economy.

According to China’s National Bureau of Statistics, growth in industrial production among Chinese companies of a certain size dropped to 4.8 percent in July, compared to June’s 6.3 percent — a 30-year low. The metric is revealing because it measures the output of key businesses in China’s manufacturing sectors.

The bureau also revealed that the official manufacturing Purchasing Managers’ Index (PMI) was 49.7 in July — the PMI serves as a gauge of sentiment among factory operators, with 50.0 being the demarcation line between expansion and contraction in manufacturing activity.

July marked the fifth month this year that the official PMI has lingered in contraction territory, with little chance of rebound in sight.

For China, its high technology industry depends on U.S. intermediaries to supply it with components and technological know-how to propel productivity growth.

The impact so far has been significant as some Chinese companies are reportedly facing an expected revenue shortfall in the billions.

While the U.S.’ overall contribution to total production may not be large (1.8 percent), it is still vital to the development of the high technology industry as it would likely take decades before China attain self-sufficiency in this area.

2 0
Thank you for leaving your feedback
Reuse this content
STORIES YOU MAY LIKE
Insights
Behind the U.S.’ trade dispute with another Asian giant
After China, the United States has doubled down on a trade war with another of its top trading partners: India.
Insights
Trade war accelerates shift of production from China
Countries in Southeast Asia have emerged as alternative manufacturing hubs to China as companies seek to avoid hefty U.S. tariffs.
Insights
This Asian economy is emerging as a winner of the trade war
Taiwan’s robust technology industry makes it important to both the United States and China.
Insights
As trade tensions sweep across the world, Asia is opting to keep its doors open
There may not be an end in sight to the ongoing United States-China trade war, but countries in the Asia Pacific see a way out with free trade agreements.
Insights
Africa’s continental free trade agreement has finally launched. What now?
With cooperation from its member countries, the landmark agreement could be a turning point for Africa’s underperforming intra-regional trade.
Insights
Uncertainty weighs on U.S.-China trade war due to Covid-19 spillover effects
United States President Donald Trump is back to threatening new tariffs on China, jeopardizing a hard-won trade deal.