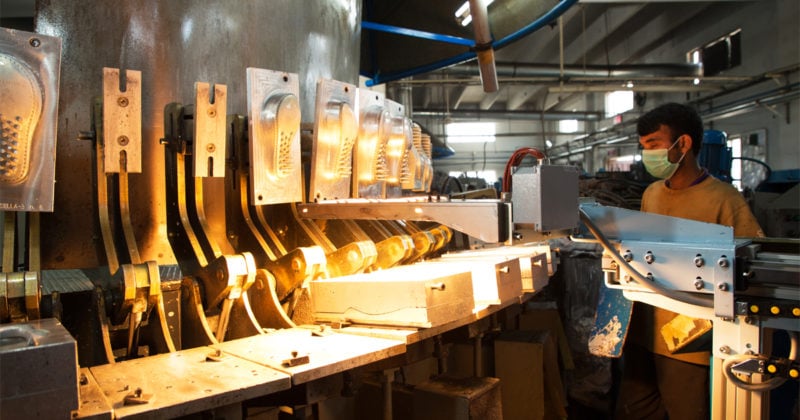 Read next
For Pakistan’s leading footwear exporter, every hour counts

Salted egg yolk snacks are taking the world’s taste buds by storm, thanks to Singaporean snack company The Golden Duck. 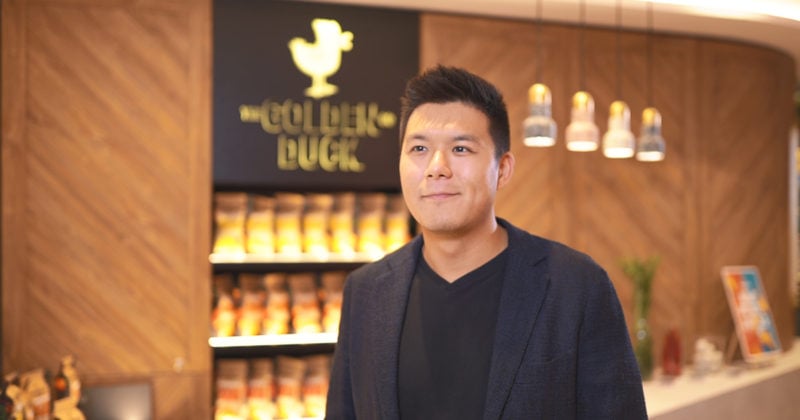 Golden and savory, with a tinge of sweetness and nostalgia.

Salted egg yolk snacks have become a mainstay on many snack shelves in Singapore over the last few years, amid a nationwide obsession with the local flavor.

At the peak of its popularity in 2015, salted egg yolk dishes were sprouting up in restaurants and food stalls across the island as locals and tourists alike braved snaking queues to get a taste of salted egg goodness.

The craze could not have come at a better time for Jonathan Shen and Christopher Hwang, founders of gourmet snack company The Golden Duck.

They were then left stinging from a hefty S$1 million (€661,157) loss, after a legal dispute forced them to shut their nightclub after just four months of operation — an episode that the duo has described as the “lowest point in their lives”.

But they continued to try to find ways out of their predicament. They started to notice people posting pictures of salted egg yolk, a traditional ingredient, being used in new mediums such as buns, pastries and desserts.

It was then that it hit them: potato crisps coated in rich, luscious salted egg yolk. The pair took a big gamble, pumping in the last S$35,000 of their savings to launch the business. Thankfully, their leap of faith paid off.

The Golden Duck now sells more than 100,000 packets of its snacks every month, with the support of over 100 staff.

“To be honest, it was a lot of luck. We spotted the trend early before it blew up in Singapore, Philippines and Hong Kong,” said Hwang.

No salary for a year

Getting to where they are today has not been easy.

Every night, Shen and Hwang would rent the kitchen space of a friend’s restaurant after it had closed for the day and produce 50 packets of salted egg crisps by hand.

Roping in an old friend who is a chef, they shared the workload among themselves, from cooking to delivering, even working through the weekends. It took some 30 rounds of trial and error before they came up with their signature product.

“We started this business with the last of our savings so I wouldn't call it much capital,” said Hwang, adding that he and Shen had gone without pay for a year. “At the start, almost everything was done manually, from washing to frying to seasoning. It was backbreaking work.”

All of this was done while the duo was holding down day jobs. Shen was in a managerial position elsewhere, and Hwang was still studying law while running another venture.

But sales quickly took off, and they moved into a small commercial kitchen, which they outgrew in just months.

The Golden Duck made its public debut in November 2015, at a pop-up store at Suntec City, and their snacks were sold out within the first six hours of operation. In the days that followed, all 100 packets they had stocked would all be sold out.

Following the success of more pop-up stores, and after opening their first permanent store, the next step for Shen and Hwang was clear: they started to look overseas.

They wanted to show the world the “depth of their snacks” — more than just salted egg — which was why they expanded their range to include the Mala Hot Pot and Chili Crab flavors, Shen said.

“Not every market will have similar taste profiles, and that's another reason why we have to go beyond the salted egg flavor to capture more palates and cravings,” he noted.

After setting up physical stores in the Philippines and Hong Kong, The Golden Duck moved into China and Taiwan in early 2019, with plans to launch in Malaysia, Thailand, and Australia. It also ships to 16 different countries, going as far as Canada.

Transporting food products was a challenge at first, due to the risk of damage during transit. But partnering with DHL Express Singapore’s global logistics network has helped the company realize its rapid international expansion plans without compromising quality.

Quick and reliable deliveries were also key in helping to establish The Golden Duck as a trusted brand.

“Without having to worry about things like the cost of logistics or our products being damaged or lost in transit, we can focus on our international expansion, building up our products and services and staying ahead of the competition,” said Hwang.

“We believe we are on the cusp of tackling the next big shift in snacking culture.”

For Shen and Hwang, who were Forbes’ 30 Under 30 Award recipients in 2017, the recipe for success lies in putting the customer first, and never comprising on quality.

The key is to connect with people through good food. “We are a brand-first company, which means we care very much about how this brand makes consumers feel. If you put the consumers front and center, we believe that is how we run a good business,” Shen shared.

28 1
Thank you for leaving your feedback
Reuse this content
STORIES YOU MAY LIKE
Insights
The 10 most-read Logistics of Things stories of 2020
As we approach the end of 2020, we look back at our most popular stories published on Logistics of Things this year.
Insights
How four endangered bears traveled 9,000km to their new home
It was a first-class experience for four grown Ussuri brown bears who successfully traveled across continents to their new forever home.
Insights
China’s Golden Week is over. What happens next for ocean freight?
Ocean freight demand has remained high up till China’s Golden Week holiday, but will it last?
Insights
A look back at the trends and new normal of 2021
As we bid farewell to 2021, we look at the trends that have disrupted and evolved the world this past year.
Sustainability
Changing lives in Ghana, one cleft lip repair surgery at a time
Operation Smile is working with DHL Global Forwarding Ghana to provide better access to safe surgical care, for those with cleft lip and cleft palate.
Insights
The world’s largest book sale is huffing and puffing its way around the world
The co-founders’ belief of promoting English literacy by making books accessible to all has taken The Big Bad Wolf Book Sale to 32 cities globally.