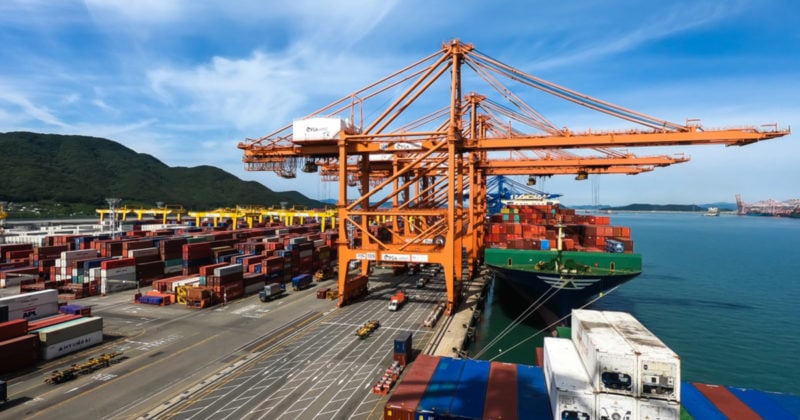 At the start of 2021, there were little signs that container markets were becoming less frenetic.

Freight rates on the trans-Pacific and Asia-Europe ocean trades continued to surge in early January. According to the World Container Index assessed by shipping consultancy Drewry, average rates were significantly higher on the Shanghai-Rotterdam, Shanghai-Genoa, Shanghai-Los Angeles and Shanghai-New York headhaul trades compared to the same time last year.

However, in the second quarter, lockdowns pushed much of this volume into the second half of the year, when retailers urgently restocked in response to consumers splurging on household products via e-commerce channels. This surge pushed global container volumes between July and November up by 4.3 percent from a year earlier.

Container shipping volumes typically peak in the late summer before subsiding in the fourth quarter. Still, demand was sustained in 2020, with volumes up 8 percent year-on-year in November, according to CTS.

Sustained demand for imports to Europe, the U.S. and other key markets through the second half of 2020 has put unprecedented pressure on supply chains as almost every container vessel available has been put into service.

This has resulted in port congestion, cargo rollovers, vessel delays and extended box dwell times and truck turnaround times at terminals from Felixstowe in the UK to Long Beach on the U.S. West Coast. 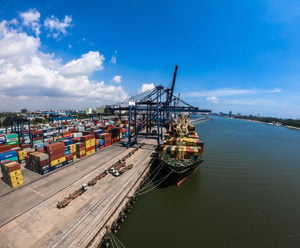 “Schedule reliability has been on a sharp decline over the past few months and fell to as low as 50.1 percent in November, down -29.5 percent compared to the same period a year ago,” noted Dominique von Orelli, Global Head, Ocean Freight, DHL Global Forwarding, in DHL’s January Ocean Freight Market Update.

“Most affected were shipments on the trans-Pacific to the U.S. East Coast (26.4 percent reliability). The average delay of vessels globally rose to over five days.”

The skewed nature of shipment flows and multiple logistics bottlenecks in 2020 have also created a major shortage of containers.

Due to the coronavirus lockdowns last year, the summer surge in exports out of Asia when trade resumed led to an imbalance in the box trade. With backhaul loads in short supply and freight rates low, container lines had little initial incentive to rush containers back to Asia.

The result has been growing global box shortages creating a scramble for empty containers in Asia and putting upward pressure on all-in freight rates.

According to shipping analyst firm Sea-Intelligence, the dire shortage of empty containers in key locations, especially in Asia, is the biggest problem in container shipping at the moment. This has driven spot rate markets to historical highs, and has made it challenging for shippers looking to get their product moved in a timely fashion.

Besides the container shortages, other factors continue to threaten smooth shipping activity. “Port congestion combined with Covid-19 related workforce constraints have led to massive delays, with a high number of vessels waiting at anchorage to berth. As a result, the much-needed empty equipment is not returning to origin fast enough and the vessel schedule reliability is suffering,” explained Kelvin Leung, CEO, DHL Global Forwarding Asia Pacific.

Equipment shortages could last till Q2

All indications suggest ocean supply chains will remain under pressure at least until Chinese New Year factory closures next month give container markets a chance to reset.

Traditionally, carriers blank multiple sailings over the holiday period which begin February 12, but most services will run normally this year as carriers attempt to clear backlogs and pick up empty boxes from Europe and North America.

According to Sea-Intelligence, carriers had only announced five blank sailings on the trans-Pacific trade and seven on the Asia-Europe lane over the three-week Chinese New Year period, compared to 88 blank sailings last year and 67 in 2019.

However, it remains doubtful that ocean supply chains will have time to fully recover. “The situation might ease slightly during the Chinese New Year break. However, we expect the severe equipment imbalance to last until end of Q1 or potentially into Q2,” added Leung.

“This situation is unprecedented and requires a lot of flexibility from customers, forwarders and ocean carriers.”