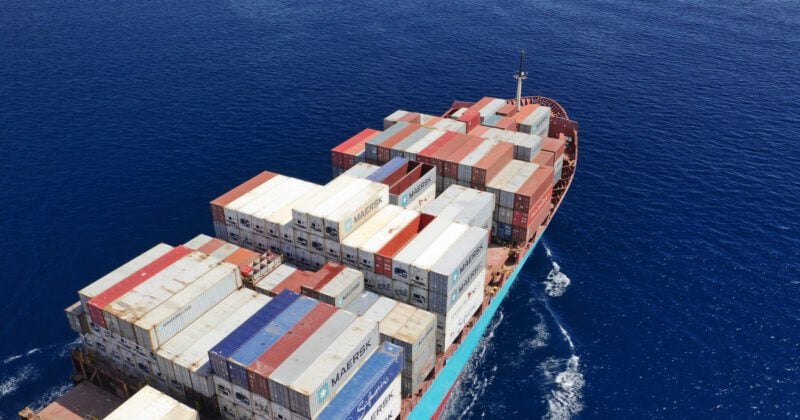 Resources
Available in
Other languages
日本語

Disruptions and shortages continue to plague ocean freight ahead of Christmas

The pressure is on for ocean freight in the coming months as companies are shipping earlier to avoid delays ahead of the year-end holiday shopping season. 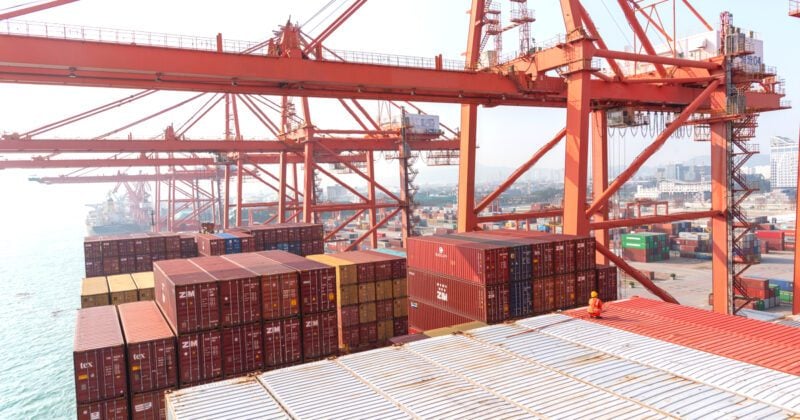 The tight ocean capacity has urged companies to bring forward Christmas season planning this year as most expect the supply chain turmoil to worsen ahead of the holiday shopping season.

The most visible manifestation of the current challenge facing container shipping can be seen at San Pedro Bay in California. Substantial vessel queues have been evident at the anchorage outside the ports of Los Angeles and Long Beach for much of 2021.

The logjam has left hundreds of thousands of containers stranded at sea, increasing delivery delays for millions of goods and parts. Yet the queues at San Pedro are just one element of a Transpacific supply chain that has been near breaking point for at least a year.

“The strain of the continuing economic expansion is putting considerable pressure on the logistics supply chain,” said Ben Hackett, founder of maritime consultancy Hackett Associates, in an interview. “We’re seeing a lack of shipping capacity combined with port congestion as vessels line up to discharge goods from both Asia and Europe.

“Delays are stretching to landside as port terminals struggle with space shortages, and labor challenges are affecting ports, railroads and trucking companies alike. This part of the recovery is not a pretty sight.”

Chaos in the U.S. is also reverberating globally by adding to liner schedule disruption, sucking capacity out of the global container ship fleet and tying up empty boxes desperately needed in Asia.

According to shipping analyst firm Sea-Intelligence, global liner schedule reliability, which has been hovering around 35 to 40 percent for most of the year, was down by almost 40 percent year-on-year in July. Significantly, the average delay for late vessels increased to 6.88 days, up 0.35 days from June. The level of delays this year have been the highest across each month compared to previous years, based on data from Sea-Intelligence.

With U.S. inventory levels still low and shippers desperate to get cargo into stores before the year-end holiday season, there is little let-up in sight.

The Global Port Tracker report, produced by Hackett Associates and the National Retail Federation (NRF), projects that U.S. box imports for August — the start of the tradition peak ocean shipping season — will reach 2.37 million twenty-foot equivalent units (TEU). This represents a 12.6 percent year-on-year increase, and the largest monthly number of containers imported in a single month since NRF began tracking in 2002. 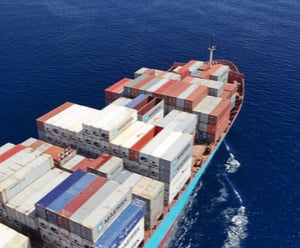 Of course, North America is not the only source of supply chain blockages as DHL’s September Ocean Freight Market Update makes clear.

Ocean shipping schedules from Asia to Europe and North America suffered more shocks in August due to typhoons in Asia. Covid outbreaks also resulted in widespread shipping delays in Vietnam and terminal closures at the port of Ningbo in central China.

“The liner markets continue to run at near 100 percent utilization levels throughout much of the year, peak season or not. Hence, supply chains are massively overstrained and even minor operational problems such as small accidents and mishaps can spiral out of control and have massive knock-on effects,” said Dominique von Orelli, Global Head, Ocean Freight, DHL Global Forwarding.

Bangladesh’s container ports are also struggling to cope with demand, while in late August and early September seafarer strikes were threatening to slow down operations at Busan in South Korea. Port congestion also remains a problem across northern Europe.

According to von Orelli, ocean shipping schedule disruptions out of Asia were being compounded by container shortages at inland locations including Chengdu, Chongqing, Wuhan and Guangdong, prompting some modal shift away from ocean.

“We are expecting a more difficult time in September and October due to the Christmas order rush for ocean freight,” he added.

Demand for container shipping globally continues unruffled, however. “In terms of demand, the macroeconomic outlook in Europe and the U.S. suggests no sign of slowing demand just yet and struggles with ocean reliability are pushing a drive for more air freight usage,” said von Orelli. “We’re also seeing companies bringing forward their Christmas season planning this year because ocean capacity is so tight – companies want to make sure stock arrives in time.”

Normalcy not within reach for ocean freight

The mismatch between logistics capacity and demand on top of the spread of the delta variant and extreme weather events could have wider economic repercussions, according to a latest analysis by Japanese investment bank Nomura. It noted that delivery times in August PMI reports remained well below the expansion contraction threshold of 50 in most countries, meaning delivery times were very slow because of widespread disruptions and shortages.

The investment bank also indicated an increase in suppliers’ delivery times in August from July in several economies, including the UK, Canada, Mexico, China, Vietnam, Japan, Taiwan, Korea, Australia and the Philippines.

The wide geographical spread of these economies highlights the global nature of the supply disruptions, which Nomura expects will worsen as factories approach peak seasonal demand ahead of Christmas.

With little short-term prospect of an equalization between container shipping supply and demand, contract and spot freight rates are unlikely to decline any time soon. “We do not expect freight rates to stabilize in the near term,” said Kelvin Leung, CEO, DHL Global Forwarding Asia Pacific. “The combination of a year of disruption, lack of containers, port congestions and a shortage of vessels in the right positions is creating a situation where cargo demand far exceeds available capacity.”

Leung highlighted that while DHL has been providing customers with alternative routing and modal solutions, he believes that the rising ocean freight costs will eventually normalize as supply chains continue to move. “However, we have to be prepared that costs will stay at elevated levels and do not go back to pre-Covid levels,” Leung warned.

The billion-dollar question is, of course, when some sort of normalcy might return to ocean shipping. In a Financial Times interview, Morten Engelstoft, the chief executive at Maersk-owned APM Terminals, said this might only be possible when demand slows.

“We need lower [consumer demand] growth to give the supply chain time to catch up, or differently spread out growth,” he said. “Over a long period of time, we will need to recover efficiency.”

4 0
Thank you for leaving your feedback
Reuse this content