Download Audio
Demand and rates are expected to remain elevated as capacity tightens for air freight, partly driven by difficulties in ocean freight.

Demand and rates are expected to remain elevated as capacity tightens for air freight, partly driven by difficulties in ocean freight. 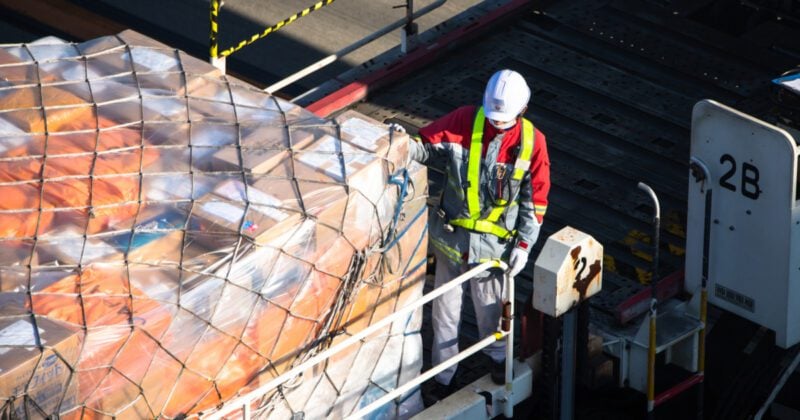 All eyes have been on Asia this summer as coronavirus lockdowns continue to cause chaos in the air and ocean supply chains.

Following the shutdown of the Port of Yantian in the second quarter, a Covid-19 outbreak at the port in Ningbo, China, in August saw more liner service disruption and capacity losses — adding to the disarray of global schedules, pushing freight rates higher, and encouraging more shippers to turn to air cargo solutions.

Meanwhile, the air freight industry in China has been contending with its own obstacles. The most sizable was the recent suspension of freighter operations at Shanghai Pudong International Airport (PVG) following a Covid-19 outbreak among cargo handlers in August.

The suspensions added to uncertainty on ex-China routes, especially at Shanghai where quarantine measures had already cut capacity. The outbreak at PVG, which was only operating at 33 percent capacity in early August, will likely add to the backlog of air cargo shipments that has started to build up since July 2021, according to a report by supply chain risk analytics platform Everstream Analytics.

Thomas Mack, Global Head, Air Freight, DHL Global Forwarding, said that the lesson from earlier 2021 supply chain disruptions was that air cargo would be the mode of refuge for those seeking supply chain certainty.

“The port closures, not only in central China but also in Vietnam in July and August, have affected the ocean shipping industry more than the closure of the Suez Canal following the Ever Given blockage earlier this year,” he said.

“We saw an immediate increase in air freight demand then, and we’re seeing the same now in China and Vietnam due to port productivity declines and the closure of some terminals at Ningbo. This has led to an increase in air freight volumes on some lanes, especially into the U.S. and Latin America where import volumes have grown by nearly 40 percent month-on-month.” 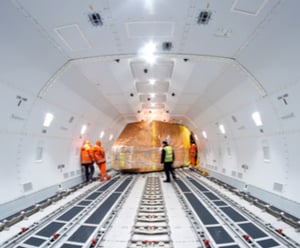 DHL Air Freight State of the Industry – August 2021
Find out the latest developments of the global air freight market in this monthly analysis by DHL Global Forwarding.
Read more

Aside from Covid-related port and airport productivity losses, logistics in China has also been hampered by widespread flooding over the summer.

Elsewhere, new rules by the International Civil Aviation Organization (ICAO) for 100 percent cargo screening in the U.S. are causing backlogs at airports, while the second quarter closure of the port of Yantian and the resulting sailing delays have led to long vessel queues in the U.S. and more ocean-to-air freight conversions.

According to the DHL Air Freight State of the Industry, delays were also evident at Frankfurt, O’Hare International and Amsterdam airports due to heavy volumes, with transit times expected to be negatively impacted for a number of weeks.

Early indicators in August suggest that demand is steady on most trade lanes, in keeping with a relatively quiet July for air cargo outside of those areas most afflicted by capacity crunches.

Capacity, however, remained tightly constrained in July. Available capacity, while higher compared to 2020 when there was a severe decline in capacity, is still -23 percent below the level seen in 2019 before the pandemic took hold.

According to the latest air cargo analysis by data analytics firm CLIVE Data Services and TAC Index, reduced capacity contributed to a +5 percent points rise in dynamic load factor versus 2019 — measured against both the volume and weight of cargo flown and capacity available — but a -3 percent points drop over the same month in 2020.”

Indeed, Niall van de Wouw, CLIVE’s Managing Director, noted in the analysis that the dynamic load factor for July of 66 percent was the lowest recorded since the onset of the pandemic.

“The start of the holiday season and its traditional impact on air cargo volumes is obviously a factor, but it’s also clear that airlines are constantly tweaking capacity,” van de Wouw said in the report.

“Demand has not picked up yet, so they are tightly managing supply. Compared to where the market was a year ago, performance on a par with July 2019 is certainly not bad news, but the demand versus supply ratio is going to remain tight, especially with no signals that the inter-continental passenger market is going to recover anytime soon.”

That supply-demand balance is unsurprisingly keeping freight rates at elevated levels. The BAI (Baltic Air Freight Indices) monthly average increased by 2 percent in July over June, although it was 6 percent below the year-to-date high seen in May.

The overall index was positive versus July last year at +38 percent and versus 2019 by +98 percent, reflecting both demand and constraints in capacity.

“We expect rates will remain heightened due to healthy demand growth against limited capacity,” said Kelvin Leung, CEO, DHL Global Forwarding Asia Pacific. “The upcoming peak season will likely be operationally challenging due to the recent new Covid-19 measures imposed on the workers and operators at the PVG airport. We encourage our customers to plan well ahead for their shipping arrangements,” he added.

Leung is not alone in expecting demand and rates to remain strong in the coming months.

Bruce Chan, Vice President – Global Logistics, at investment bank Stifel, said in the Baltic Exchange monthly summary that there were signs that the seasonal ramp toward the fourth quarter holiday peak was already underway in the U.S., while inventory-to-sales ratios were still near record lows.

“Anecdotally, one large retailer said that even if it shut down all of its stores and just focused on replenishing inventory backlogs, it would still take months before things were back to normal,” Chan said . “So, shippers are fighting to play catch up in addition to meeting robust new demand.”

“Prices continue to be strong versus last year and pre-pandemic levels and this is expected to be the case for the foreseeable future as demand continues to outstrip supply,” he added.