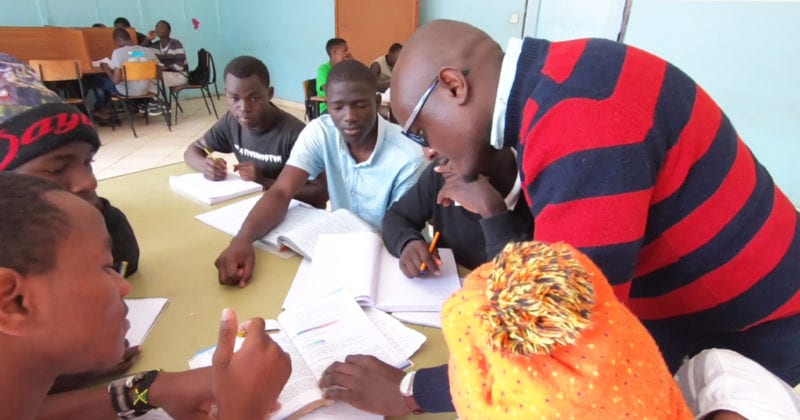 Read next
Why mentoring youth can aid economic growth

Two female entrepreneurs are giving back to Uganda’s vulnerable communities by addressing issues such as youth employability and female empowerment. 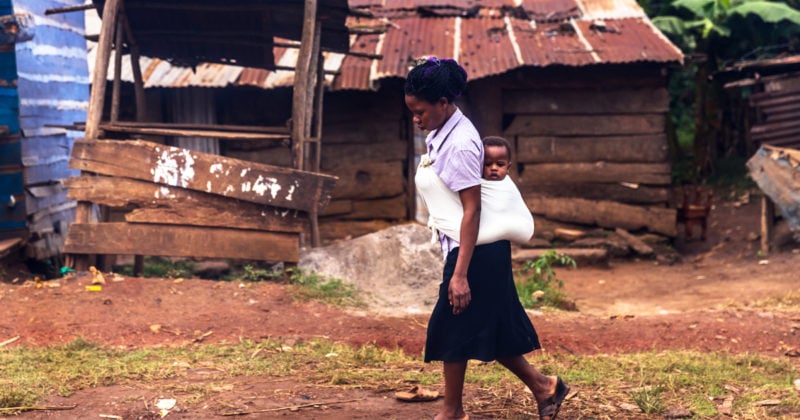 In developing Uganda, starting a business from scratch is no easy feat, much less one that gives back and empowers their communities.

That difficulty, however, has not stopped entrepreneurs like Ingrid Nalukwago and Nakkazi Proscovia (or Prossie) from trying.

Both women were raised in homes run by SOS Children’s Villages, a non-governmental organization that supports children and young people without parental care.

“Growing up, I had everything I needed at the orphanage. But when I visited the communities outside, I realized they didn’t have the same life I had,” Prossie recounted. “People in communities lacked food and couldn’t clothe their kids. Most young women that lose their husbands early on are jobless and can’t sustain their families.”

While things have improved in recent years, over 33 percent of Ugandans still live in poverty, with little means of escaping it. Over 38 percent of children are malnourished and families lack access to basic healthcare or education.

“Families lived in shacks; it was heartbreaking to watch,” Nalukwago added. “I wanted to help my community to grow. I wanted them to experience a good and affordable life.”

The desire to make a difference only grew when both women went through Deutsche Post DHL Group’s (DPDHL) GoTeach program during their tertiary education years. The GoTeach program, through which DHL employees take on the role of mentors, coaches participants in character development, career planning and other valuable skills such as financial literacy.

For Nalukwago and Prossie, they learnt a powerful tool they could use to build communities, empower youth and combat poverty: entrepreneurship.

Nalukwago’s first business venture was mushroom farming, which she still takes part in on a smaller scale. That initial venture created opportunities for her to introduce entrepreneurship to the youth in her village, particularly in the growing field of agriculture.

“I encouraged youth to pick up entrepreneurship skills and consider starting businesses, because it was difficult to secure a job back then,” said the 26-year-old. “One of the youth I trained took the initiative to grow and sell mushrooms for a living.”

Community empowerment was also a central pillar for Prossie’s entrepreneurship journey. “In university, my friends and I made and sold paper bags, then sowed the profits back to the community. The intention was to empower women and the youth, to use whatever resources and skills they have to escape the harsh environment they are in,” shared Prossie, 24.

Today, both entrepreneurs run successful pig farming businesses, which are performing admirably due to growing domestic and international demand.

Profitability, however, is not the only thing on their minds. Thanks to the guidance they received at GoTeach, both women are adept at spotting opportunities to enrich the communities they operate in.

Nalukwago aims to venture into biogas production using the fecal matter from her pig farm. She believes the renewable resource for electricity is a step up from the candles and fire stoves used by most villages, which endanger the health and safety of the community.

Prossie’s aspiration, on the other hand, is to improve the livestock practices of her community. Since starting her pig farm, she has introduced and sold hybrid pig breeds to local farmers — these breeds mature faster and produce better offspring than local species. But her biggest achievement has been educating farmers on modern agricultural practices.

“People learn to appreciate that the pigs need proper care. They are now vaccinating their animals, cleaning and feeding them properly,” Prossie explained. “It’s allowed farmers to create quality products that sell well commercially. This allows farmers to better provide for their families, and give their children better nourishment and education.”

Both women have also focused on instilling self-sustainability and financial independence into the communities, particularly among youth and women.

At 13.3 percent, the country has one of the highest youth unemployment rates in the continent, while women — who make up 51 percent of Uganda’s population — still face substantial levels of social and economic marginalization.

“Besides the two youth I employ at the farm, I teach young people who show up and want to learn the trade,” Nalukwago added. “Hopefully this inspires them to start pig farms of their own, or any other business. It’s the first step.”

Likewise, Prossie also imparts the knowledge and skills learned from her DHL mentors, mainly to women in her communities. “They can now independently provide for their families through their farms and small-scale ventures,” Prossie said.

Beyond employability and economic health for the marginalized, their end goal is to ultimately transform their community’s socioeconomic fabric.

Despite differences in their hometowns, both Ugandans wish to see youth achieving success and turning away from alcohol and drug abuse. They also aim to reduce the number of teenage pregnancies by teaching young girls to become financially independent and confident in their abilities. 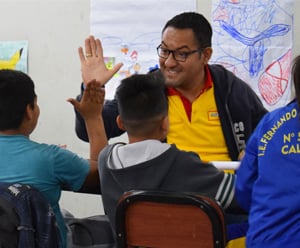 Both entrepreneurs credit much of their current success and impact to their GoTeach mentors.

“I currently mentor three youths, two from my SOS Village and one from where I currently reside,” Nalukwago shared. “I’m encouraging them to finish their education and chase their dreams, to never give up and pick a talent that helps them lead purposeful lives.”

“My mentors from DHL GoTeach worked selflessly for us, and they have taught me to go the extra mile and beyond myself in my work,” said Prossie. “They believed in us, and we learned to believe in others as well.”

With such selfless and generous spirits, Nalukwago and Prossie have set the right foundations for social entrepreneurship in Uganda’s current youth — and for generations to come.

9 0
Thank you for leaving your feedback
Reuse this content
STORIES YOU MAY LIKE
Insights
How entrepreneurship can secure the future of Africa’s youth
Today, the continent boasts the highest percentage of entrepreneurs among working-age adults in the world.
Sustainability
Breaking the Saudi glass ceiling
She's the first Saudi female to ever win a Stevie Award for creating equal opportunities for women at the workplace.
Sustainability
The solution to Uganda’s youth unemployment crisis
Rising youth unemployment may be stalling Uganda’s progress, but initiatives by the government and the private sector are helping to set it back on track.
Sustainability
How an aspiring humanitarian professional found her voice for the disadvantaged
A tough childhood has set Léonie Dindji on the path to helping disadvantaged communities in her native Côte d'Ivoire.
Insights
IWD 2021: DHL’s women warriors are choosing to challenge
This year’s International Women’s Day (IWD) 2021 theme is #Choosetochallenge. Here’s how these DHL employees have been living that ethos.
Sustainability
Why mentoring youth can aid economic growth
Mentorship and career guidance for young people in developing countries often bring positive long-term impact to national economies.