As Indonesia recovers from the Covid-19 pandemic that has disrupted global trade, can free trade agreements offer its beleaguered exporters a welcome boost?

As Indonesia recovers from the Covid-19 pandemic that has disrupted global trade, can free trade agreements offer its beleaguered exporters a welcome boost? 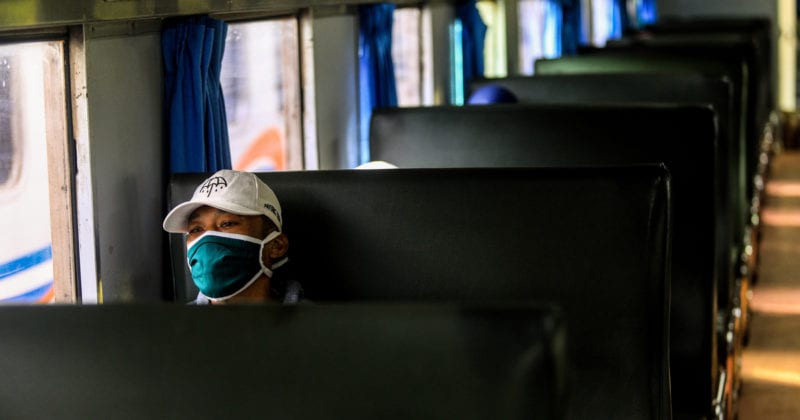 "I can't imagine if we had imposed a full lockdown, maybe [economic growth] could have reached minus 17 [percent]," said Indonesian President Joko "Jokowi" Widodo during a meeting with governors in July.

Despite the dire economic outlook, the Indonesian leader counts the country “very lucky” for not experiencing a double-digit contraction. But the economic fallout from the Covid-19 pandemic has hit Southeast Asia’s largest economy hard, and it urgently needs new growth engines.

Against the economic challenges posed by the pandemic, could free trade agreements (FTAs) offer Indonesia’s exporters a way to bounce back? After all, utilizing FTAs offers local companies a compelling list of benefits, including access to new markets, tariff concessions, and the ability to clear goods more quickly and easily. With their focus on opportunities in overseas markets, FTAs can also promote supply chain diversification.

Below, Logistics of Things examines some of the most significant FTAs that Indonesia is currently pursuing and consider how these might help spur economic recovery in a post-Covid-19 world.

Since 2012, Indonesia has been involved in the talks concerning mega trade deal, the Regional Comprehensive Economic Partnership (RCEP), along with the nine other ASEAN (Association of Southeast Asian Nations) governments and their six FTA partners: Australia, China, India, Japan, New Zealand, and South Korea.

Once this ambitious pact comes into effect, it will create the world’s largest free-trade zone and have a significant impact on the post-pandemic economic recovery of the entire bloc.

The RCEP would minimize structural barriers by streamlining rules and procedures related to customs and trade-related infrastructure. In practical terms, Indonesian businesses would follow one set of procedures instead of navigating through different sets of rules when trading with their RCEP partners.

This would inevitably lead to greater ease of doing business and increase Indonesia’s attractiveness as a trade and investment destination.

“Amid the slowing global economy, Indonesia’s exporters need to leverage the favorable conditions presented by the existing or up-and-coming FTAs like the RCEP. These agreements open up new opportunities to explore new markets, to lower costs through eligible tariff concessions, and to strengthen their supply chains by diversification,” said Vincent Yong, President Director of DHL Global Forwarding Indonesia.

Jakarta is also working to conclude a major trade pact with the European Union (EU). The Indonesia-EU Comprehensive Economic Partnership Agreement is significant because the EU is the third-largest destination for Indonesian exports, with key exports including agricultural products, machinery and appliances, textiles and footwear, and plastic and rubber products.

The EU mostly exports industrial products, including machinery and appliances, transport equipment, and chemical products to Indonesia. The trade negotiation has faced a challenge over palm oil following a decision by the EU to phase out the use of biofuel and biodiesel manufactured from palm by 2030.

The European Commission, the EU’s executive arm, has categorized palm oil as an unsustainable product. The plan has unsettled Indonesia, the world’s largest palm oil-producing country.

Talks are continuing, however, with the latest round — described by the EU as ‘open and constructive’ — taking place by videoconference in June 2020.

Other new FTA negotiations are underway with India and Korea, among many others. At the same time, the government is seeking to renegotiate a major deal with Japan to further boost bilateral trade.

Through the Indonesia-Japan Economic Partnership Agreement renegotiations, Indonesia hopes to expand access to the Japanese market for some fresh and chilled fishery products, including salmon and trout, among others. Currently, these are excluded from tariff reduction commitments, alongside some canned tuna products. Japan is Indonesia’s second-largest export destination and third-largest import source.

The pandemic has exposed the vulnerabilities of global supply chains that rely extensively on one or two large powers for the supply of certain products.

At the peak of the Covid-19 outbreak in February, garment supply chains in multiple ASEAN countries were severely disrupted when raw materials remained stuck in China, which was then placed under a months-long lockdown.

Many exporters learned from that lesson and have been accelerating efforts to diversify their supply chains as part of a “de-risking” strategy. FTAs have the potential to greatly aid companies’ efforts in this regard as they seek to put diversification plans into action.

That is already likely to be the case with the Indonesia-Australia Comprehensive Economic Partnership Agreement (IA-CEPA), a major trade agreement between Indonesia and Australia that came into effect in July 2020. In the works since 2005, it eliminates tariffs from 94 percent of the product lines traded between the two countries.

For Indonesian businesses that source their raw materials or intermediate goods from Australia, the trade deal is also expected to lower costs. According to analysts, Jakarta is expecting to receive an immediate boost in the export of a wide range of products to Australia, including textiles, automotive products, electronics, fishery products, and communication tools.

Companies looking to diversify and shift manufacturing operations away from China also have a viable, low-cost alternative in Indonesia, where DHL Global Forwarding offers a wide range of flexible multimodal transportation options as part of its global logistics network.

In 2019, the company launched DHL ASIACONNECT+, a new small-freight multimodal logistics service which, according to Yong, connects the Indonesian archipelago to key ASEAN trading markets via its road freight network.

Working to speed up FTA ratification makes sound economic sense as Indonesia seeks to shore up economic recovery efforts, even as it addresses the pandemic at home.

However, FTAs are notoriously slow-moving affairs. The IA-CEPA, for example, was signed into law 15 years after negotiations first began. Some analysts have also raised questions about whether Indonesian businesses — particularly small- and medium-sized ones — are fully utilizing FTAs to boost their exports.

As economist Bhima Yudhistira of the Jakarta-based Institute for Development of Economics and Finance has suggested, the lack of information about what is on offer could be a cause. “Has the information been disseminated well? Do small and medium businesses get a chance to export [their products]?” he told the Jakarta Post. 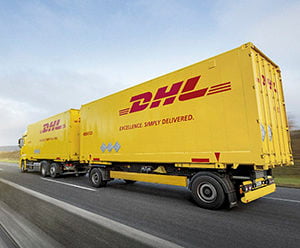 Other commentators have pointed out that reducing non-trade barriers, including a relatively complex regulatory environment, would also make it easier for exporters in other countries to establish business relationships in Indonesia.

Despite these challenges, it seems clear that the trade benefits Indonesia can obtain from FTAs will continue to grow as more of these agreements are implemented in the future.

“For development purposes, Indonesia needs to push for the decisive conclusion of free trade negotiations it is involved in, while being clear about their geopolitical outlook,” Rocky Intan, a researcher at the Center for Strategic and International Studies in Jakarta, told The Diplomat recently.

Doing so will enable Jakarta to maintain a strong voice and an advantageous position in multilateral trade governance.

Another version of this article was first published on The Jakarta Post.