Your default browser language is set to . Browse this site in another language:
English 日本語 简体中文 繁體中文（香港） 繁體中文（台灣）
Continue
All
Innovation
Insights
Sustainability
Resources
Currently reading
How entrepreneurship can secure the future of Africa’s youth

How entrepreneurship can secure the future of Africa’s youth

Entrepreneurship is the key to achieving economic growth in Africa. Today, the continent boasts the highest percentage of entrepreneurs among working-age adults in the world. 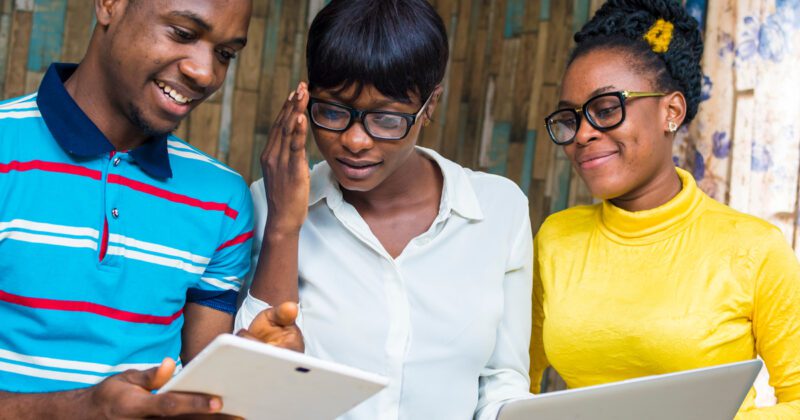 Against the backdrop of rising unemployment and underemployment, and low-paying, unstable and hazardous sources of income, entrepreneurship has become one of the most sustainable job generation tools available to young people.

Bright young minds that can identify opportunities and deliver solutions are vigorously embracing this opportunity, and for a good reason: high levels of entrepreneurial activity may yield high returns in the future.

The International Monetary Fund (IMF) estimates that the global population will increase by about two billion over the next three decades, with half of that growth coming from sub-Saharan Africa (SSA). The region’s population is projected to double from nearly one billion to two billion, making it potentially one of the world’s most dynamic economies. It will also have the world's youngest population, so its entrepreneurs must be cushioned against future economic shockwaves.

Here are a few ways to further encourage and protect youth entrepreneurship in the region.

According to Global Entrepreneurship Monitor (GEM), youth in SSA have the highest levels of perceived entrepreneurial competence across four indicators – self-efficacy, opportunity alertness, risk-willingness, and access to a role model. The GEM research also shows that individuals in factor-driven economies, such as in the SSA region, tend to grasp entrepreneurial opportunities better than those in innovation-driven economies like those in the European Economic Community (EEC), among others.

Data shows that the proportion of young entrepreneurs and new businesses is rising. While established businesses play a pivotal role in preserving stability, entrepreneurship – especially when youth-led – adds vitality and buoyancy to the economy.

However, it’s important to note that young entrepreneurs in SSA continue to be hampered by an environment where access to basic needs is still restricted. We must create incentives and support to facilitate entry into entrepreneurship, especially by younger entrepreneurs with moderate to high growth expectations.

One such support program is the #Grenzenlosetraeume initiative, which I personally support. The program focuses on assisting youth on the continent with skills development and job creation. #Grenzenlosetraeume is an Amref Germany – Healthy Africa program and aligns with the key objective of enabling people to shape their own development.

According to an AU Policy Brief released in 2020, further assistance can be rendered through policy actions that include member nations formulating a national youth entrepreneurship strategy, facilitating technology exchange and innovation, and attracting public and private partnerships. The brief further suggests that policymakers collaborate with young pioneers to optimize the regulatory environment. These may include, among other things, preferential procurement for youth entrepreneurs, tax incentives, and other policy changes to increase the ease of doing business and accessing markets. 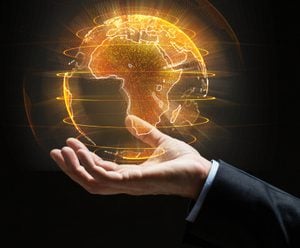 Start-up support organizations, such as business hubs and incubators, are crucial to the entrepreneurial ecosystem. They provide advice and training in key areas such as business skills, infrastructure, market linkage, and financing. They also afford entrepreneurs and founders access to information and communication technologies (ICTs) that help increase business productivity and market reach across sectors.

Mentorship is a crucial element in the success of young entrepreneurs in the region because mentors understand market opportunities and, more importantly, the viability of the product and services. Such support combines the knowledge of experienced entrepreneurs with the energy and efficiency of young ones to drive business growth and improve the chances of a start-up's success.

Blended finance, an approach that combines concessional financing and commercial funding, is one way to provide entrepreneurs with access to capital needed for growth. Concessional financing extends loans on a more generous basis than market loans. According to the Centre for Strategic International Studies, blended finance has mobilized approximately USD 161 billion in private capital to date. It is one of several tools to mitigate risk and facilitate financing with the potential to generate social benefits. While SSA has long been the dominant region for blended finance transactions, making actual progress requires more widespread adoption of this finance philosophy.

The launch of the African Continental Free Trade Area (AfCFTA) in 2018 created one of the world’s largest free-trade areas, and it is forecast to boost output by $29 trillion by 2050. This proves that job and wealth creation in Africa are indeed possible, and AfCFTA’s combined technology, talents, and collaboration are the key to realising them.

AfCFTA is a gamechanger for African regional and international trade. It will create entrepreneurship opportunities for young men and women by increasing efficiency and eliminating trade barriers. Yet its success hinges on the involvement of the youth and making use of the opportunities the agreement presents.

During a unique pan-African virtual conversation convened by the United Nations Development Program (UNDP) and YouLead recently, more than 900 young Africans from across the continent indicated that they’re up for the AfCFTA challenge. This strongly suggests that the continent’s young entrepreneurs actively embrace the ideal of making the One African Market a reality through the free trade area. 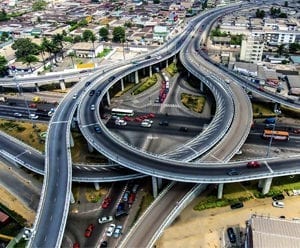 6 logistics corridors that are paving the way for intra-Africa trade
The rise of multimodal corridors in Africa is a massive boost for trade within the continent, allowing countries to reap the benefits of the African Contin
Read more

Digitalization is the key to sustained growth

The World Economic Forum notes that limited infrastructure means that the smartphone is often the best gateway to everyday services, finance and business functions. This reality has forced the continent to innovate and has propelled Africa to the forefront of the new digital economy, leapfrogging over the rest of world. Meanwhile, the next generation of infrastructure is off to an excellent start. Millions of dollars have been invested into tech cities, co-working spaces, investment funds, and entrepreneurship workshops.

One example is an e-commerce and international trade workshop known as GoTrade.  The program aims to help African SMEs connect with overseas markets, with GoTrade providing logistical support to help them reach these markets. 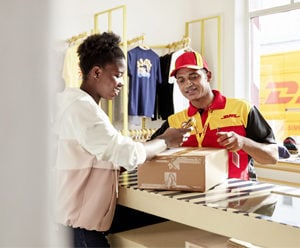 Fewer barriers, more trade: How the new GoTrade program will help Africa’s SMEs
As African SMEs grapple with the impact of Covid-19, the new sustainability program by DPDHL Group may be the answer to survival and sustainable growth.
Read more 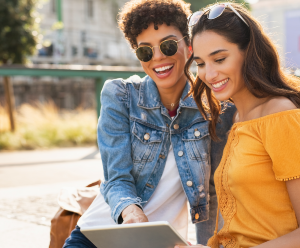 Global Entrepreneurship Monitor’s statistics show that the African continent has the youngest population globally, with 65% below 25 and a median age of 19.6 years. Most governments in the region support intensified entrepreneurial activity because of its potential to bring about economic benefits and improve social cohesion.

With a third of all global youth expected to live in Africa by 2050, governments and businesses alike have the responsibility to assist them with developing long-term growth plans. Nurturing, mentoring, and financing entrepreneurial competence is therefore critical. We need innovative ways to survive the economic slowdown and seek out novel market opportunities to protect young business owners from future disruptions.

The pandemic reminded us how fragile the future could be, but I’m optimistic that Africa’s future is bright given the entrepreneurial talent developing across the continent. 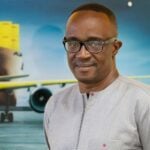 Amadou Diallo
Amadou Diallo is CEO of DHL Global Forwarding Middle East & Africa. Based in Dubai, he is responsible for the performance and long-term strategic development of the unit.
STORIES YOU MAY LIKE
Insights
Alleviating Africa’s food crisis through modern agriculture
The growth of agriculture technology start-ups is offering opportunities to leapfrog the current agricultural constraints on the continent.
Insights
Five Forces Shaping The Future Of Entrepreneurship In Africa
Key points include adopting sustainable business models, leveraging technology, and having a global mindset.
Sustainability
In Rwanda, building a knowledge-based economy starts with the youth
The pandemic has slowed Rwanda's growth, but the government and its partners in the private sector remain committed to delivering a brighter future.
Sustainability
Education in Madagascar a work in progress
In a country where some children as young as five have to be breadwinners for their family, formal education is often placed on the back burner.
Sustainability
The Ugandan women uplifting local communities through entrepreneurship
Two female entrepreneurs are giving back to Uganda’s vulnerable communities by addressing issues such as youth employability and female empowerment.
Insights
How Senegal is feeding its economy with a focus on agriculture
Senegal has its sights set on becoming an emerging economy by 2035 — a goal that will rest heavily on the development of its agricultural sector.