Your default browser language is set to . Browse this site in another language:
English 日本語 简体中文 繁體中文（香港） 繁體中文（台灣）
Continue
All
Innovation
Insights
Sustainability
Resources
Currently reading
When logistics meets esports: Behind the scenes of a gaming tournament

When logistics meets esports: Behind the scenes of a gaming tournament

The ESL One Mumbai tournament has been lauded for its resounding success, but what was less obvious was the extensive logistics that went into setting up one of India’s largest esports events. 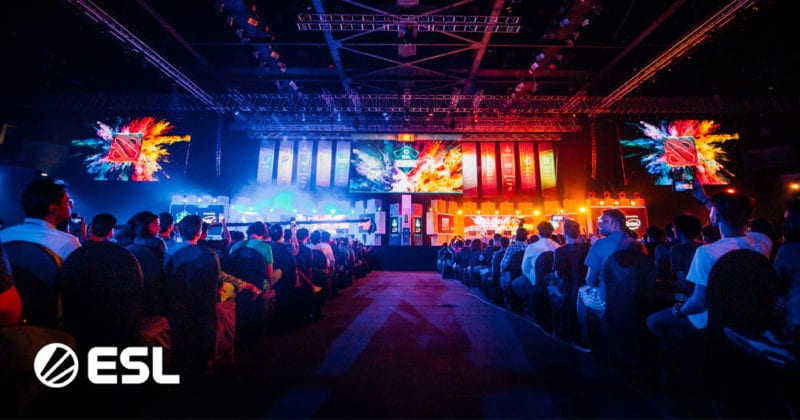 As the typically bustling Mumbai retreated into its midnight slumber, heavy goods vehicles quickly flooded the streets and set to work as road restrictions were lifted in the western tip of India’s largest city.

Among them was a platoon of trucks tasked with transporting physical equipment for a major sports competition.

But instead of balls or bats, the trucks carried 286 units of computer monitors and 126 units of special-purpose ESL Maxnomic Chairs, among others. There were also 45 cases of professional broadcasting and computer equipment that had been imported into India specifically for the competition.

The final destination was the 8,000-seat Dome @ NSCI, SVP Stadium in Mumbai — a venue frequently used to host major sporting events, from futsal to kabaddi to mixed martial arts.

This time, however, the battle set to take place in the stadium among eight international teams was an electronic sport, or esport, known as Dota 2.

Played by more than 11 million active users every month, Dota 2 is one of the most popular free-to-play multiplayer online games in the world, where two teams of five players pit themselves against each other to destroy their rival’s base.

The rise of esports

With esports potentially joining the Paris 2024 Olympics as a medal event, competitive gaming has been gaining both popularity and recognition within the global sporting community.

The numbers speak for themselves. Global esports reached a significant milestone this year when the industry’s revenue exceeded the US$1 billion (€883.08 billion) mark, after experiencing an annual growth of 27 percent.

Meanwhile, top pro-gamers can earn well over a million dollars each year through a combination of prize money and sponsorships.

“Esports has experienced tremendous growth over the last couple of years. It has evolved from small LAN parties, and online-only cups to lighthouse tournaments with 170,000 people visiting on-site, watching their heroes participate in matches streamed in multiple languages all over the world,” shared Ulrich Schulz, Senior Vice President, Product at ESL, the world’s largest esports company.

“Twenty years ago, we had a vision about a world where everybody can be somebody, and we have finally reached a point where we can say: we did it.”

Preparing for an esports tournament

As with any other conventional sporting event, logistics is the backbone of a successful major esports tournament. Everything, from sporting equipment to staging and broadcast gear, has to be in place for the event to run smoothly.

For the recent competition in Mumbai, which took place in April, careful planning before the event was crucial, along with a team on the ground that ensured every critical asset was delivered safely and on time.

“We had a one-point contact with the organizers. We spoke once or twice in the day to understand what they required and delivered it accordingly,” said Xavier Dsouza, Assistant Manager, Trade Fairs & Events (Value Added Services), DHL Global Forwarding India.

Led by a group of highly trained and qualified officers who were well-versed with the handling of exhibition shipments, the DHL team made sure the consignments were delivered to and within the venues on schedule.

In a move that bridged physical and virtual realities, the DHL team in India and Dota 2 competitors were assisted by EffiBOT, an autonomous robot that served as a courier both in the real world and as a non-playing character in the Dota 2 realm.

“We are investing in new technologies such as robotics and autonomous vehicles that lead to significant improvements in logistics, and also make us more efficient and sustainable,” said Arjan Sissing, Head of Group Brand Marketing at Deutsche Post DHL Group. “EffiBOT has become a true star of ESL One. It is used for creating memes and taking selfies with visitors and participants at every tournament.”

Besides helping to transport light items such as the mounting for the computer monitors at the stadium, EffiBOT was also deployed as an in-game life-saver that was entrusted with the task of delivering items like healing salves to players in the field for health regeneration, Sissing shared. 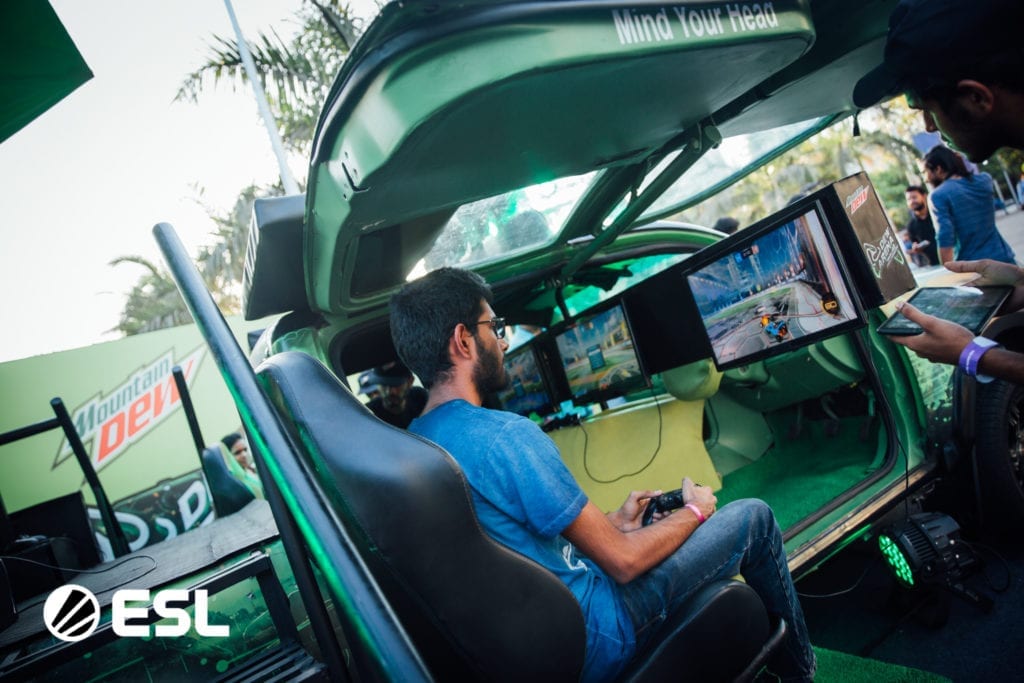 The ESL One Mumbai event was a massive success among the international gaming community, amassing over 4 million video streams. With an event air-time of 59 minutes, more than 3.3 million hours have been watched cumulatively.

Keen Gaming, a five-man team from China, smashed their way to victory, routing their Philippines rival Mineski 3-0 in the grand finals to take home a cool US$135,000 in winnings.

The tournament in Mumbai was just one of four such ESL One events planned for 2019 alone. Two others have been held in Birmingham and Katowice, while Hamburg will host the final tournament in the series for the year.

“We are traveling all around the world, so logistics and shipping are quite challenging. Equipment from Sydney needs to be brought to the UK within a few days and then to France immediately afterward. DHL, as our global logistics partner, is making this possible, and they make sure everything is delivered on time,” explained Schulz.

“By continuously improving our tournaments, leagues, and events, providing a better experience and building local communities, we are confident that esports as an entertainment medium will rise even further to the top.”

12 0
Thank you for leaving your feedback
Reuse this content
STORIES YOU MAY LIKE
Insights
Daimler Trucks in Indonesia set for growth with digitalization of supply chain
A new spare parts warehouse in Kalimantan, Indonesia is helping the automaker to build a leaner, more customer-centric supply chain.
Sustainability
TRAILAR: 5% fuel savings, powered by solar innovation
Three years ago, DHL employees Aaron Thomas and Denny Hulme came up with the idea to use solar technology as a mobile energy source for vehicles.
Sustainability
Palu earthquake: Through the lens of disaster responders
In a matter of days after the Palu earthquake last year, DPDHL Group’s Disaster Response Team was on the ground facilitating aid relief logistics.
Insights
Novel coronavirus outbreak to weigh heavily on ocean freight in Q1 2020
China’s prolonged shutdown to contain the novel coronavirus outbreak is expected to have a major impact on global shipping in the first quarter.
Insights
Road freight: Paving the way for a smooth ride
Transporting goods by road comes with its own set of challenges, but with the right measures in place, logistics providers can enjoy a smoother ride.
Resources
Ocean supply chains facing ‘unprecedented’ pressure in 2021
Schedule reliability is suffering as ocean carriers struggle with container shortages and sustained demand.