Your default browser language is set to . Browse this site in another language:
English 日本語 简体中文 繁體中文（香港） 繁體中文（台灣）
Continue
All
Innovation
Insights
Sustainability
Resources
Currently reading
Ghana’s economy might be growing, but its ailing healthcare is holding it back

Ghana’s economy might be growing, but its ailing healthcare is holding it back

While Ghana has been tipped to be the world’s fastest-growing economy, one fundamental problem is threatening to derail its progress: healthcare. 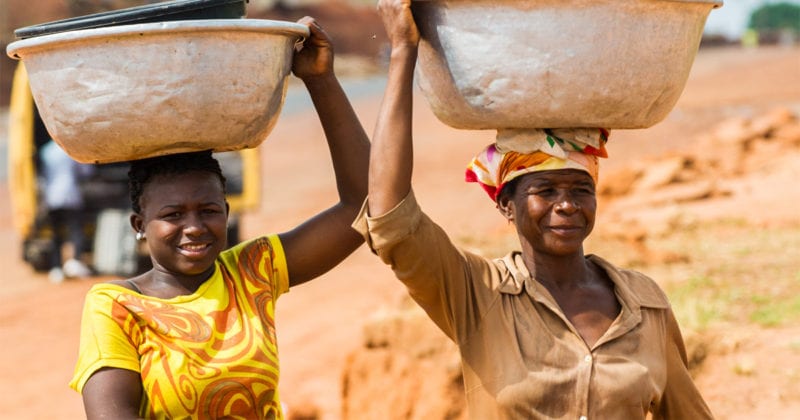 Just three decades ago, Ghana was among the world’s poorest countries, struggling to lift itself out of the poverty trap.

Its economy had been held back by a series of military coups, failed development projects and a massive over-reliance on commodities.

But today, the tides have turned, and the country is a rising star on the global stage — the world’s fastest-growing economy, according to the International Monetary Fund (IMF).

The IMF estimates that Ghana’s gross domestic product (GDP) will surge by almost 9 percent this year. This is twice as fast as all emerging economies combined, and well ahead of world growth.

The twin engines of oil and agriculture have turbo-charged the African nation, lifting its 2017 GDP growth rate above its regional peers such as South Africa and Nigeria.

But while economic growth is in the pink of health, the benefits have yet to trickle down to the wider population. In particular, access to healthcare remains poor, said the United Nations.

Ghana’s life expectancy is still glaringly below the global average, as the nation remains dogged by a lack of access to primary healthcare since the early 1990s.

Healthcare left on the sidelines

HIV and malaria are two of the leading causes of death in Ghana. According to the World Health Organization (WHO), HIV killed 10,300 people, or 4.9 percent of the population, in 2012. That same year, malaria wiped out 8.3 percent of its population.

For children under five, malaria was the leading cause of death, killing 20 percent within the group.

Recognizing that a strong economy can be sustained only by a healthy population, the government embarked on the Ghana Shared Growth and Development Agenda from 2010 to 2013. This was adopted from the Millennium Development Goals set during the 2000 UN Millennium Declaration.

It has since made great strides in hitting targets such as halving extreme poverty and the proportion of people without access to primary education.

Outcomes of its healthcare goals, on the other hand, have fallen short. Infant and child mortality rates remain high, along with maternal mortality rates.

This is partly due to the government’s insufficient healthcare investment into medical equipment and logistics that is necessary to cater to the country’s increasing healthcare needs.

According to the World Bank, Ghana’s healthcare expenditure formed only 4.45 percent of its GDP in 2016 — well below the 15 percent set by the 2001 Abuja Declaration. Previously, the country’s 2011 oil boom led to overspending on public salary, which caused a considerable budget deficit when oil prices subsequently fell.

The combination of low public health funding and mismanagement of finances has dealt a blow to the healthcare sector, where 36 percent of expenditures are wasted annually.

To compound matters, the lack of funding has triggered widespread hospital commercialization. As hospitals raise their fees to keep their operations running, ordinary citizens are priced out of affordable healthcare and left in the dust while the economy continues to grow.

While the statistics paint a grim picture, Ghana has taken steps to fix the problems in its healthcare system.

On education, the United States’ Center for Disease Control and Prevention (CDC) had helped train 125 Ghanaians by 2016 to track the spread of infectious diseases. It is also working with the country to educate its citizens on how to tackle infectious diseases.

These are among ongoing efforts over the last few decades to upgrade Ghana’s healthcare education system, including the establishment of several medical education institutions in the country.

Some players in the private sector have also thrown their weight behind these efforts. Solutions that support Ghana’s fight to improve healthcare include Zipline’s drone delivery service for medicines and DHL’s shipment tracking capability, which enhances the cost-efficiency of deliveries. 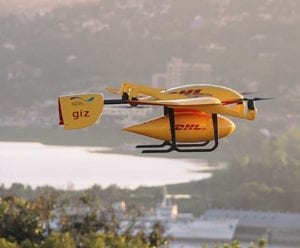 Saving lives, one drone delivery at a time
Drones have been revolutionizing the delivery of medicines, quietly transforming the lives of residents in rural communities around the world.
Read more

Meticulous checks are made by on-site coordinators, who receive weekly scheduled deliveries before they are sent out to regional medical stores (RMS). The RMS and coordinators are in constant contact during delivery, which helps to gather data such as arrival time, and the type and number of packages delivered.

Having undergone relevant training in goods distribution practices for pharmaceutical products, the DHL Global Forwarding Ghana team also supports the United States Agency for International Development (USAID) and Ghana’s health ministry to prevent the delivery of illegal or counterfeit medical supplies based on the labeling and specifications on each package.

Civilians, too, are doing their part. Ghanaian entrepreneur Sesinam Dagadu has created an app that gives 8.7 million people across the country — even in areas without a mobile connection — improved access to ambulance services.

“The WHO has recognized the project as crucial in helping to provide timely emergency care across Africa, as well as help healthcare professionals in their battle against infectious diseases, such as cholera and Ebola, by enabling them to identify centers of outbreaks more easily,” said Dagadu.

Technology will likely play a crucial role in boosting Ghana’s healthcare system and help pave the way for a healthy population capable of realizing its rosy economic prospects.

13 0
Thank you for leaving your feedback
Reuse this content
STORIES YOU MAY LIKE
Sustainability
Changing lives in Ghana, one cleft lip repair surgery at a time
Operation Smile is working with DHL Global Forwarding Ghana to provide better access to safe surgical care, for those with cleft lip and cleft palate.
Insights
How entrepreneurship can secure the future of Africa’s youth
Today, the continent boasts the highest percentage of entrepreneurs among working-age adults in the world.
Insights
One of Southeast Asia’s smallest countries is diversifying its economy
Long reliant on oil exports for its revenue, Brunei is now taking steps to create a conducive entrepreneurial environment for local companies to flourish.
Insights
Eurozone: Can growth continue amid global economic headwinds?
As trade tensions between the U.S. and China compound a wider slowdown in global trade, what is the knock-on effect on the eurozone?
Insights
How Cambodia is rebuilding its economy for the post-pandemic future
Ongoing fiscal support, new trade deals, and increased FDI inflows may spell a return to economic health for Cambodia.
Insights
Behind the U.S.’ trade dispute with another Asian giant
After China, the United States has doubled down on a trade war with another of its top trading partners: India.