A ‘new normal’ for container shipping and ocean freight rates

The container shipping market grapples with the fallout from the Covid-19 pandemic and a looming global recession. 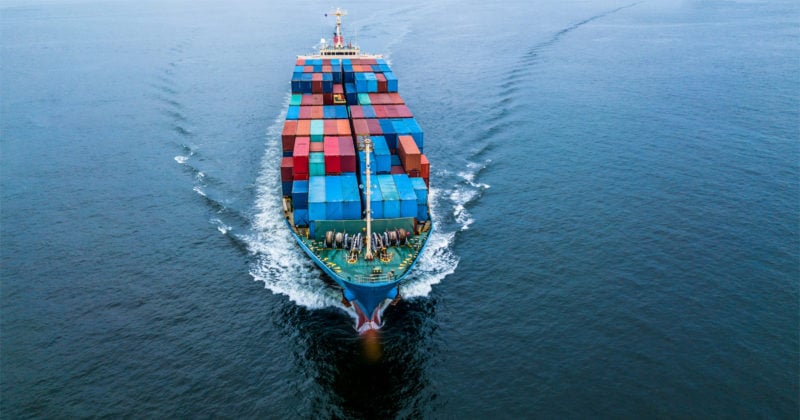 The world has suffered pandemics before, and global recessions are nothing new. But as the Covid-19 crisis has shown, the current situation is unprecedented.

The global economy is now heading into uncharted waters as it reels from the impact of the pandemic ravaging the world. In the container shipping market, there has been a slump in demand, albeit without the usual corresponding instability in freight rates.

Historically, the commoditization of container shipping has tended to result in spot rates plunging whenever economic downturns leave slot demand and supply out of sync. Past downturns were almost always exacerbated by carriers putting market share ahead of profitability, with the expectation that they will receive state bailouts when their bottom lines take a beating.

This was the scenario that played out during and prior to the 2008 global financial crisis. However, the coronavirus-induced recession underway is bucking the trends of container shipping history.

“Despite low bunker costs and stable freight rates, the financial situation of the carriers remains weak. Volume are down 10 to 20 percent in Q2 with a slight recovery starting in June,” said Dominique von Orelli, Global Head of Ocean Freight at DHL Global Forwarding.

“Rates will come under pressure once capacity is brought back in the market in Q3/Q4, although carriers will be very cautious and choose to continue with their blank sailings programs,” noted von Orelli.

A number of container lines have received substantial state financial assistance. Yet, considering vessel supply outmatched demand even before the spread of Covid-19, freight rates have remained relatively stable.

This despite carriers seeing a 20 to 25 percent drop in liftings in the first quarter of the year, according to shipping giant Maersk, and a 16.9 percent year-on-year decline in April volumes based on figures by shipping association BIMCO.

At the start of June, spot freight rates on the major trade lanes were all higher than a year earlier — Shanghai-Rotterdam (+23 percent), Shanghai-Genoa (+24 percent), Shanghai-Los Angeles (+45 percent) and Shanghai-New York (+8 percent) — according to shipping consultancy Drewry.

This has been achieved through a collective effort by carriers refusing to repeat past mistakes. Aided by the container shipping alliances, lines have held their discipline and avoided cutting rates to fill vessels. Instead, they have slashed service frequencies by mass blanking sailings.

The inactive containership fleet reached an all-time high of 2.72 million twenty-foot equivalent units (TEU) at the end of May, equivalent to 11.6 percent of the overall fleet capacity, reported container shipping analyst Alphaliner. The burden of removing excess capacity from the market has, however, not been equally shared by all of the main carriers.

Alphaliner’s latest fleet survey revealed that the “inactive fleet share” of the 12 largest carriers ranges from 1.8 percent to a massive 32.9 percent. However, more than half of this vessel inactivity is due to scrubber installations.

One major fallout from liner efforts to steady rates by cutting capacity has been declining service levels for customers. Global liner schedule reliability declined by 0.4 percent to 69.8 percent in April from a month ago, and down 6.7 percent from a year ago, according to shipping analyst Sea-Intelligence.

Depending on carrier strategy, service reliability could change in the coming months. Although a significant number of sailings were blanked in April, carriers have managed to adjust their schedules to handle the blank sailings, by implementing sufficient buffers in their schedules, according to Sea-Intelligence.

Given the upsurge in freight rates at the start of June and early reports from forwarders that cargo is being rolled by lines on key lanes, a sharp recovery and increase in volumes could negatively impact reliability.

Alphaliner expects the inactive fleet to peak shortly as lockdowns across many countries are eased and a recovery in demand gets underway. There are also encouraging signs that carriers have over-estimated the level of demand contraction in May, and capacity shortages on certain routes have already started to push spot freight rates up.

Notably, spot freight rates from China to the U.S. West Coast have surged to a 18-month high to reach US$2,097 per forty-foot equivalent unit (FEU) on May 29 with roll-pools developing at various Chinese ports, according to Alphaliner.

Whether rates will ease downwards or lines will prop them up by continuing to withhold capacity to create a ‘new normal’ remains to be seen.

Maritime analyst firm Maritime Strategies International notes that the first quarter results reported by lines showed no “clear evidence of lowering rates to grab market share,” and predicted that main lanes rates would likely “remain above 2019 levels” through the rest of 2020. 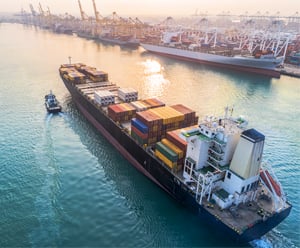 However, Peter Sand, shipping analyst at BIMCO, believes idled vessels are only temporarily hiding carrier losses. He expects carriers will need to try a new approach sooner rather than later.

“While savings are made by not sailing — with voyage costs and some operating costs avoided — the empty ships are still generating a loss on a daily basis, with some of the operating costs still present and financing costs unchanged, while not providing any income,” he said.

Sand expects the recession and drop in consumer spending that the coronavirus crisis has provoked to hit the container shipping industry hard, with no sudden bounce back in demand expected.

“Even under the [World Trade Organization’s] optimistic scenario, container shipping demand will fall by 10 percent in 2020,” he said. “BIMCO expects that, much like on the Far East to Europe route, spot rates and contract rates will fall in the coming months, with average earnings for the year at loss-making levels.”