Despite softened rates from a Q2 slowdown, uncertainties loom heavily. 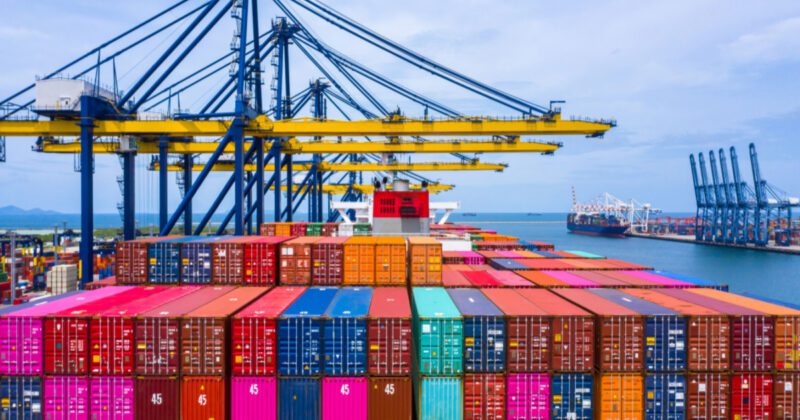 With the peak season looming for container shipping, two trends are likely to shape markets in the coming weeks and months.

Firstly, in terms of demand for goods usually shipped on the major East-West trades, the consensus view is turning bearish as economic growth slows, inflation drags on confidence and bottom lines, and the war in Ukraine continues to dog the supply chain.

Secondly, even though freight rates have softened so far this year, global supply chains remain taut and vulnerable to further disruptions despite a Q2 slowdown.

The unknowns ahead of peak season

However, what is not certain is the extent of the impact brought on by the incoming global recession or how far demand for container shipping might decline when key markets start to contract.

Moreover, even if demand for container shipping drops significantly, most analysts believe it will still take multiple quarters to get liner schedules back on track, ports decongested and empties back in position. Indeed, even though demand softened in Q2, very little progress was made on improving liner schedule reliability.

Heading into the third quarter peak season then, this means that even a slight uptick in volumes from Q2 - the traditional quiet period for container shipping – would likely see port congestion in the US and Europe deteriorate further. This would inevitably take vessel shipping capacity out of the supply-demand equation, add to local equipment shortages and, most likely, push spot freight rates back up.

“There is no doubt that many economic metrics have taken a turn for the worse and some markets could be heading towards a slowdown, but how hard any landing might be is not yet clear,” said Kelvin Leung, CEO, DHL Global Forwarding Asia Pacific. “What is clear is that a lot of cargo is still being shipped and supply chain bottlenecks are apparent around the world.

Certainly, multiple choke points continue to impact the efficiency of ocean supply chains, while the risk remains high that more will appear later this year. For example, China’s strict Covid-19 lockdowns have now been eased, especially around Shanghai, but there are no guarantees that more lockdowns will not follow later this year.

In Europe, northern hub terminals are struggling to ship out empties and vessel turnaround times have increased, adding to transit times. Hinterland rail, barge and road operators are also wrestling with capacity shortages.

A number of keys ports has also been subject to industrial action as inflation prompts unions to ramp up strikes in search of higher pay.

Congestion also continues to blight east coast US ports as shippers have sought to avoid US west coast ports where union representatives and employers are currently negotiating a new contract after the previous multi-year settlement expired at the end of June.

More disruption could easily follow later this year if negotiations do not progress smoothly, while a strike could potentially shut down 29 ports, including the Los Angeles and Long Beach complex so critical to trans-Pacific logistics. 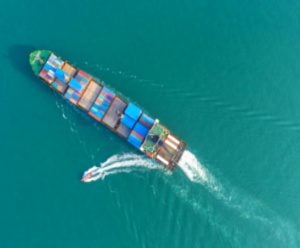 All these disruptions manifest themselves, of course, in carrier schedule reliability. Sea-Intelligence’s latest Global Liner Performance (GLP) report found that global schedule reliability this year is largely following the trend seen in 2021, fluctuating within a small range but at a slightly lower base.

In May 2022, schedule reliability improved by 2.1 percentage points month-on-month to 36.4 percent, albeit still down year-on-year by 2.3 percentage points. “This means that the 2022 score has been slightly below the 2021 level in each of the first five months,” noted Sea-Intelligence.

The average delay for late vessel arrivals also decreased once again in May, dropping to 6.17 days. “The delay figure is now firmly below the 7-day mark, but it still continues to be the highest across each month when compared historically, albeit with the margin decreasing sharply,” said the analyst.

Lower demand is the most obvious route out of the supply chain knots preventing carriers from improving their performance, albeit it being a bitter pill for most in the industry to swallow. And there is growing evidence that an economic downturn is underway.

The U.S. economy might even turn recessionary during 2022. In June, Federal Reserve chair Jay Powell pointed to the “possibility” of a recession while analyst firm Nomura claims the country is “staring into the void”, with a mild recession starting in the fourth quarter “now more likely than not”.

Already the impact on trade is becoming apparent. Durable goods consumption jumped sharply above recent trends during the pandemic, due to constrained service activity and significant policy support. However, rapidly rising interest rates and deteriorating economic conditions are prompting a pullback in durable goods spending, a trend likely to continue through the rest of 2022 and 2023, according to Nomura.

Nomura now expects US imports, which saw strong quarter-on-quarter growth through 2021 and the first six months of 2022, to turn negative until the third quarter of 2023.

In China there is growing evidence that manufacturing and new export orders are falling. President Xi’s strict lockdown policy, amongst other things, has prompted the World Bank to cut its real GDP forecast for Chinese growth to 4.3 percent, versus a government target of 5.5 percent and growth of 8.1 percent last year.

In Europe, there is almost no economic positivity and war is casting a long shadow.  S&P Global’s June PMI survey data showed the eurozone manufacturing economy ended the second quarter on a low as production levels fell for the first time in two years. Total new business intakes and export orders both declined, while business confidence slid to a 25-month low.

Backlogs of work, which built up significantly throughout the pandemic, also fell for the first time in almost two years as companies focused on completing unfilled orders due to falling demand. “Demand is now weakening as firms report customers to be growing more cautious in relation to spending due to rising prices and the uncertain economic outlook,” said, Chris Williamson, Chief Business Economist at S&P Global Market Intelligence.

With inventories of both raw materials and unsold stock rising due to lower-than-expected production and sales volumes, respectively, Williamson said the downturn “looks set to gain momentum in the coming months”. 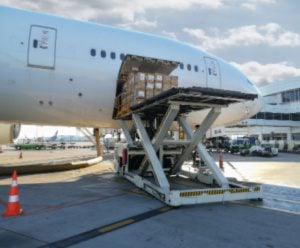 Temper expectations of quick recovery after end of China lockdowns
Freight rates are expected to normalize in 2023, but unlikely to return to pre-pandemic levels.
Read more

Bjorn Vang Jensen, VP Advisory Services - Global Supply Chain at Sea-Intelligence, had previously predicted that the current bull run for container lines would “probably end around Q3, 2023” unless there was a global recession. However, he said even if there was a sharp drop in the container market due to a major economic contraction, it was unlikely that carriers would be back to loss-making rates, although freight rates would inevitably fall. “Newton's Third Law will now do its thing, as it always has,” he said.

Dominique von Orelli, Global Head, Ocean Freight, DHL Global Forwarding, added: “The global economy would need a major correction to entirely rid our industry of container line scheduling reliability issues. That doesn’t seem likely based on current forecasting. I expect flexibility will be critical to supply chain success and cohesion through the third quarter and beyond.”