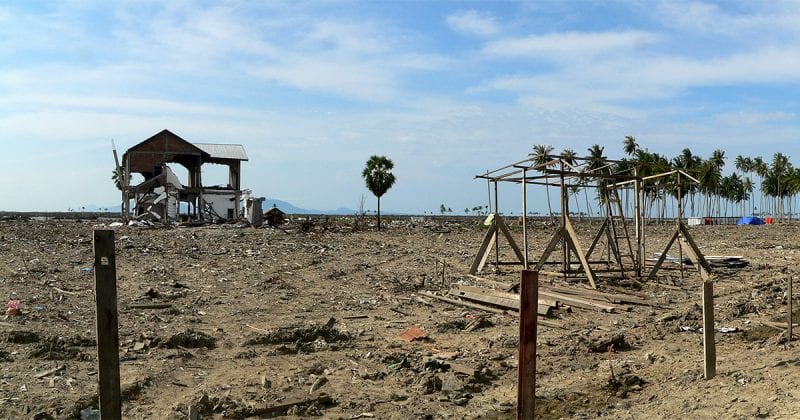 Read next
How a tsunami unleashed a wave of compassion

Palu earthquake: Through the lens of disaster responders 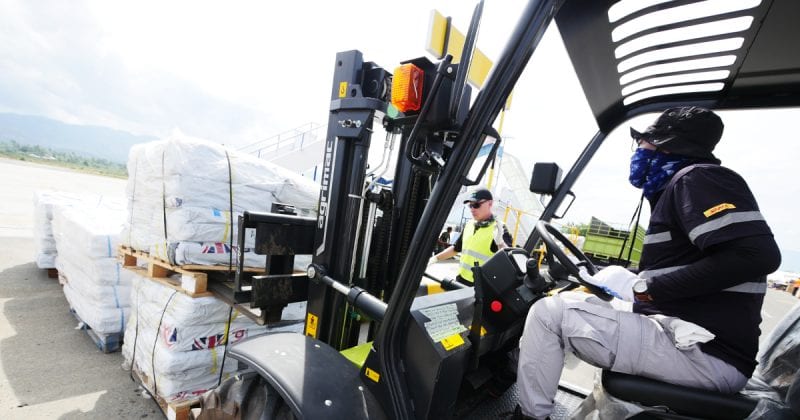 When videos emerged of the 7.5-magnitude earthquake and tsunami devastating Indonesia’s Sulawesi island in September 2018, no one could have predicted that the worst was still to come.

Horrific accounts of liquefaction — a phenomenon where soil takes on the characteristics of a liquid during the intense shaking from an earthquake — grabbed international headlines in the coming days. All while strong aftershocks caused houses to collapse, triggering widespread panic in the city of Palu.

As the situation unfolded, the trained volunteers of Deutsche Post DHL Group's (DPDHL) Disaster Response Team (DRT) in the region kept close tabs on the developments, standing by for deployment to ground zero at any time.

Just four months before the earthquake struck, the latest DRT training had just been conducted, coincidentally, also in Indonesia. Among the new batch of volunteers who were trained in Semarang, Central Java, 10 of them were eventually activated in what would be the most significant deployment to date in DRT’s history.

Days after the disaster, upon receiving the mandate from BNPB (Indonesian National Board for Disaster Management) and the ASEAN Coordinating Center for Humanitarian Assistance on Disaster Management (AHA Center), the DRT put its first boots on the ground to facilitate the flow of international aid that was desperately needed in the aftermath.

When Mariana Neder Petrini, Trade Lane Manager at DHL Global Forwarding Indonesia, landed at Sultan Aji Muhammad Sulaiman Airport in Balikpapan for her first DRT deployment, there was an air of uncertainty due to a lack of information from the aid agencies on the ground.

Designated as the main humanitarian relief hub for the sourcing and sorting of incoming relief goods, the Balikpapan airport was one of the two key sites for DRT deployment — the other being a distribution center at the airport in Palu handling and storing relief goods.

Structure and organization were badly needed to facilitate the humanitarian logistics flow at both airports. This was where the expertise of DRT, led by Carl Schelfhaut who heads up DPDHL Group's GoHelp disaster management program in Asia Pacific, was absolutely critical.

“With every disaster that happens, the first three to four days are crucial because that is when an airport would be flooded with all the aid and relief coming in, as well as people struggling to get out. That causes a sudden surge in activity that can overwhelm unprepared airports,” said Schelfhaut.

Recognizing the urgent need to restore normalcy, Schelfhaut stepped in to coordinate and conduct two daily meetings involving the military, NGOs and the disaster forces with the help of other DRT volunteers.

The main agenda for the daily meetings included plotting of incoming aid relief goods, and the preparation of the schedules and manifests for the various military aircraft.

This required effective communication with disaster forces and the military — a role that first-time DRT volunteer Tri Anggraeni took on with ease, thanks to her day job as a Certified Learning & Communication Manager at DHL Supply Chain (DSC) Indonesia.

“Getting information from the different stakeholders was a challenge, but we all had a common understanding and goal to ensure the humanitarian mission was successfully delivered,” said Tri.

While the main hub in Balikpapan was dealing with disorganization, the challenge awaiting in Palu, in contrast, was on a completely different level.

Alongside two other DRT members, Bagus Wirayudha Tamtama, Senior Manager, Industrial & Employee Manager, HR, at DSC Indonesia was the first to arrive in Palu, only to find an empty airport with no machinery available.

“There was nothing — no electricity, limited water, poor security and no cellphone network,” explained Bagus, also a first-time DRT volunteer.

Goods were being dropped on the runway with no protection from the elements. It was a race against time to carve out space on the runway to avoid overcrowding, and to source the adequate machinery to store the goods safely. To complicate matters further, all transactions in the city could only be made in cash.

With assistance from AHA, multiple Mobile Support Units were eventually set up as makeshift warehouses — five minutes away from the airport — to store all relief supplies under proper conditions.

Over the course of eight days, DRT personnel worked together in 11-hour shifts under the harsh weather and with the threat of aftershocks. The team shared the workload of operating the forklifts and coordinating the logistics activities of cargo forwarding simultaneously.

The palletized shipments coming in from the aircrafts were loaded into trucks using the forklift, and sent to the respective storage areas for further distribution.

Being the only corporate logistics partner sanctioned by BNPB to manage logistics on the ground, DHL played a central coordination role during this deployment. The team functioned as a “control tower” — a first for DRT — bringing together multiple parties to deliver a successful humanitarian logistics mission.

“This deployment was a new, unique experience for all of us. We’ve witnessed how DRT has created a new platform in civil military relations for disaster logistics,” said Schelfhaut of the public-private partnership.

By late October, the DRT team wrapped up its deployment and handed over the operations to the local authorities. Despite the challenging conditions, the volunteers took comfort in knowing that their efforts played an integral part in giving the locals access to much-needed aid from the international community.

“We’ve left a piece of our hearts in Palu, especially to the locals who have helped us in this journey. We were not there as DRT alone, but as DPDHL Group. I'm proud of what we’ve achieved together,” said Sugumaran, a long-time DRT volunteer. 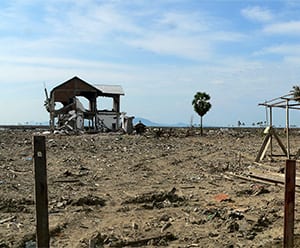 Disaster management
At the core of the Group-wide GoHelp program is the strategic disaster management partnership with the United Nations (UN) since 2005.
Read more
8 0
Thank you for leaving your feedback
Reuse this content
STORIES YOU MAY LIKE
Sustainability
He pioneered DHL’s disaster response program 20 years ago. Here’s his story
Humanitarian logistics veteran Chris Weeks started DHL’s disaster response program and has led disaster deployments around the world for the past 20 years.
Sustainability
In the wake of Cyclone Idai, DHL’s Disaster Response Team picks up the pieces
When one of the deadliest storms in Africa hit Mozambique, a group of DHL employee volunteers were among the first to respond to the crisis.
Sustainability
DHL Disaster Response: The inside track of how humanitarian logistics happens
Two DHL employees recount their experiences volunteering to provide relief aid, as part of DHL's Disaster Response Team in the Americas.
Insights
Rethinking disaster response: Humanitarian logistics during a pandemic
How DHL’s disaster response volunteers got around a global pandemic to provide aid to those most in need.
Insights
Forget the glitzy skyscrapers, Dubai is the new hub for humanitarian aid
Dubai’s strategic location means that aid dispatched from the city can reach two-thirds of the world’s population in just eight hours.
Sustainability
How a tsunami unleashed a wave of compassion
The vivid memory of surviving the 2004 Indian Ocean tsunami has inspired Titi Moektijasih to train others in emergency response.