Global trade resilient amid pandemic, thanks to rapid digitalization, e-commerce

Download Audio
The rise of e-commerce and the accelerated pace of digitalization during Covid-19 have been a boon for global trade, shares Kelvin Leung, CEO, DHL Global Forwarding Asia Pacific.

The rise of e-commerce and the accelerated pace of digitalization during Covid-19 have been a boon for global trade, shares Kelvin Leung, CEO, DHL Global Forwarding Asia Pacific. 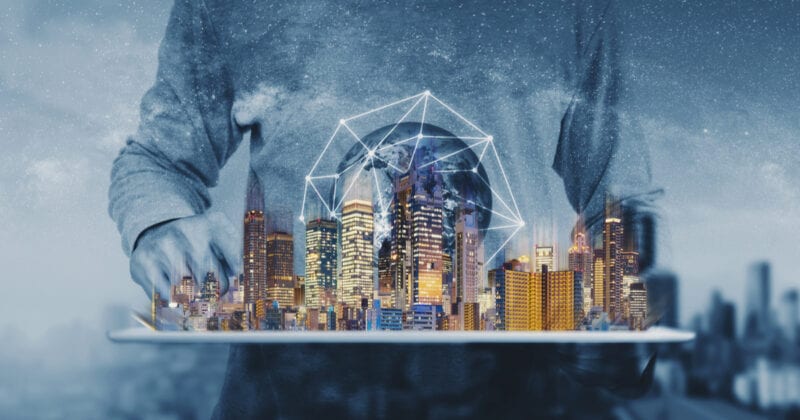 This time last year, the world had ground to a halt.

North America and Europe were still in the early days of the pandemic, but the Asia Pacific region was feeling its full force.

Across the continent, streets lay deserted, factories had closed their doors, and skies that once teemed with planes were empty. Many cities, in some cases even entire countries, found themselves paralyzed. It would not be an exaggeration to say that this was our generation’s Great Depression.

Trade, both within and across borders, was particularly hard hit with the pandemic impacting almost every aspect of commerce. From the street food vendors of Yaowarat in Bangkok to the luxury retail stores of Central in Hong Kong, no business was spared.

One year later, trade patterns reveal that Asia is well on its way to making a comeback. In fact, while economies in North America and Europe generally continue to struggle, some countries in Asia have seen their cross-border trade return to or even exceed pre-pandemic levels.

At the same time, e-commerce is booming, even in markets such as Hong Kong that have historically been slow to embrace online shopping.

It is safe to say that the pandemic accelerated these developments, with a sharp rise in goods sold on the global marketplace, which served as a lifeline for numerous businesses and helped struggling economies to keep running.

Having said that, businesses — both big and small — had been accelerating their digital offerings for some time as they realized that online selling platforms were crucial for their success.

Where, in the past, one would have to walk into a store to make a purchase; today, we can order furniture from Indonesia and electronic goods from South Korea — directly from the manufacturer — using little more than our phones.

The same applies for businesses themselves, which no longer need to rely on visits to factories in a distant country and can simply stock and restock their supplies online. Indeed as predicted in a recent study by DHL Express, 80 percent of all business-to-business (B2B) sales interactions between suppliers and professional buyers will take place on digital channels by 2025.

Although the rise of e-commerce is normally associated with business-to-consumer (B2C) transactions, global sales on B2B marketplaces — driven by platforms such as Alibaba, Global Sources, Rakuten, and IndiaMART — had already outpaced the B2C sector before the outset of the pandemic, with total sales of US$12.2 trillion (€10.1 trillion) in 2019. 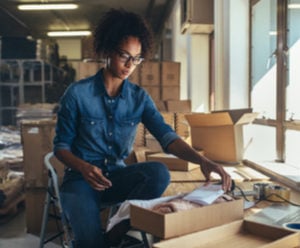 The Ultimate B2B E-Commerce Guide
How should business-to-business (B2B) e-commerce businesses adapt to changing buying behaviors to make the most of cross-border opportunities?
Read more

Asia-Pacific accounted for the overwhelming share of this market, by size and value, with almost 80 percent of business-to-business trade on e-commerce platforms and online marketplaces emanating from the region.

Unsurprisingly, this trend is being driven by millennials, who are now of an age to be professional decision-makers, and account for 73 percent of all business-to-business purchasing decisions.

As digital natives, their personal experiences — purchasing everything from groceries to home electronics online for instance — translate into higher expectations when pursuing business-to-business transactions. For instance; faster delivery times, increased flexibility on the orders, and greater visibility through the entire process.

As a result, while direct-to-consumer and business-to-business sale volumes have grown, so too have the demands and complexities around supply chain operations.

This has had significant implications for the way logistics companies, which serve as a key intermediary between the sellers and buyers, conduct their operations.

The industry is undergoing significant disruption, with freight forwarders and delivery providers taking innovative measures to keep pace with the increased expectations of customers and rapid digitalization of trade.

DHL, for instance, has introduced several new initiatives such as the introduction of a digital freight platform myDHLi that provides real-time tracking on shipments, so the sender and receiver have complete visibility on where their cargo is at any given time.

Other measures include the automation of customs clearance, the digitization of transactions so they can be completely paperless, and even the ability to calculate a shipment’s CO2 impact, with an option to reduce or offset emissions by selecting alternative fuel options for example.

In fact, it is fair to say that millennials deserve credit for placing the environmental impact of the industry under renewed focus, and businesses such as DHL are responding.

The company recently committed to covering at least 30 percent of its fuel requirements in aviation and line haul by sustainable fuels, and to deploying 80,000 e-vehicles resulting in the electrification of 60 percent of its fleet in the next nine years, all part of a larger group-wide investment of over HK$66 billion (€7 billion) toward climate-neutral logistics by 2030.

The trends we are witnessing in global trade patterns resulting from the rise of e-commerce and the emergence of millennials in the decision-making process, and the changes they are driving which include increased automation and an enhanced focus on sustainable practices, point to an interesting journey ahead for the logistics sector.

Ultimately, the digitalization of the industry should lead not only to improved efficiencies across the delivery process, benefiting buyers and sellers everywhere, but also more sustainable solutions benefiting the environment and our society as a whole. 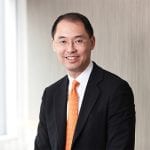 Kelvin Leung
Dr. Kelvin Leung is the CEO of DHL Global Forwarding in Asia Pacific, and is responsible for managing and directing the business’ activities across the region. He joined the company (previously known as Danzas AEI) in 2002, and had previously helmed various positions within the region.
LinkedIn
ALSO WORTH READING
Insights
Ken Lee on investing to bolster e-commerce growth | Video
Insights
Expanding trade opportunities for Asia Pacific in a post-pandemic world
Insights
Intra-Asia e-commerce growth potential: A silver lining for Covid-hit region
Innovation
Warehouse digitalization and automation trends pivot after Covid-19
Insights
The State of Globalization in… Asia Pacific