Download Audio
With the new regulation on low sulfur fuel coming into effect in 2020, how will the logistics industry and its customers be impacted?

With the new regulation on low sulfur fuel coming into effect in 2020, how will the logistics industry and its customers be impacted? 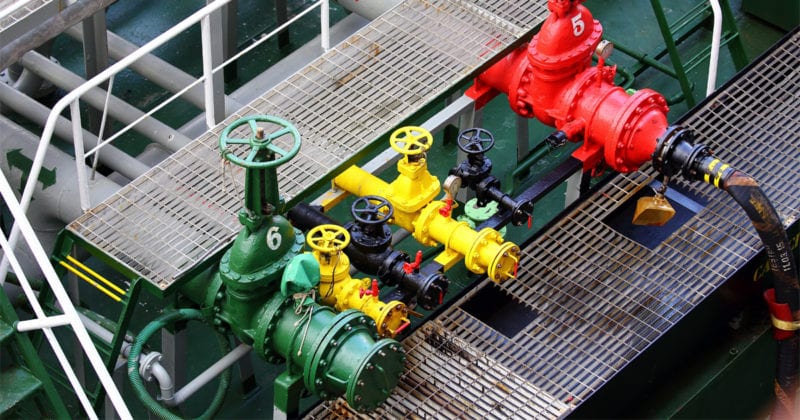 The global maritime container sector and the millions of customers that rely on ocean freight shipping services are bracing themselves for the start of 2020.

That is when new, environmentally friendly fuel regulations — along with a seismic increase in costs — will come into force as the shipping industry makes a timely effort to reduce harmful emissions.

The International Maritime Organization (IMO) regulations governing the sulfur content of bunker fuels burned by merchant vessels state that all shipping companies, including container vessel operators, must switch to fuels with a sulfur content of no more than 0.5 percent by the turn of the year.

The new requirement is a steep drop from the current global standard of 3.5 percent outside designated emission control areas, a limit that most vessel operators can easily comply with.

Instead of forking out a premium for low sulfur fuel, around 5 percent of the container fleet is expected to be retrofitted with sulfur scrubbers — marine exhaust gas cleaning systems that reduce sulfur oxide (SOx) emissions — by the end of 2019, while a small number of ships will use alternative fuels such as liquefied natural gas (LNG).

As the 2020 deadline looms, the IMO has set the tone early on, warning that compliance with the regulations will be strictly monitored “on and after January 1, 2020”.

Due to the long hauls plied by container ships and the complexity of box ship alliance networks, this means that low sulfur fuels will likely be introduced in the latter part of 2019 to ensure vessels are using compliant fuels on deadline day, avoiding service disruptions. 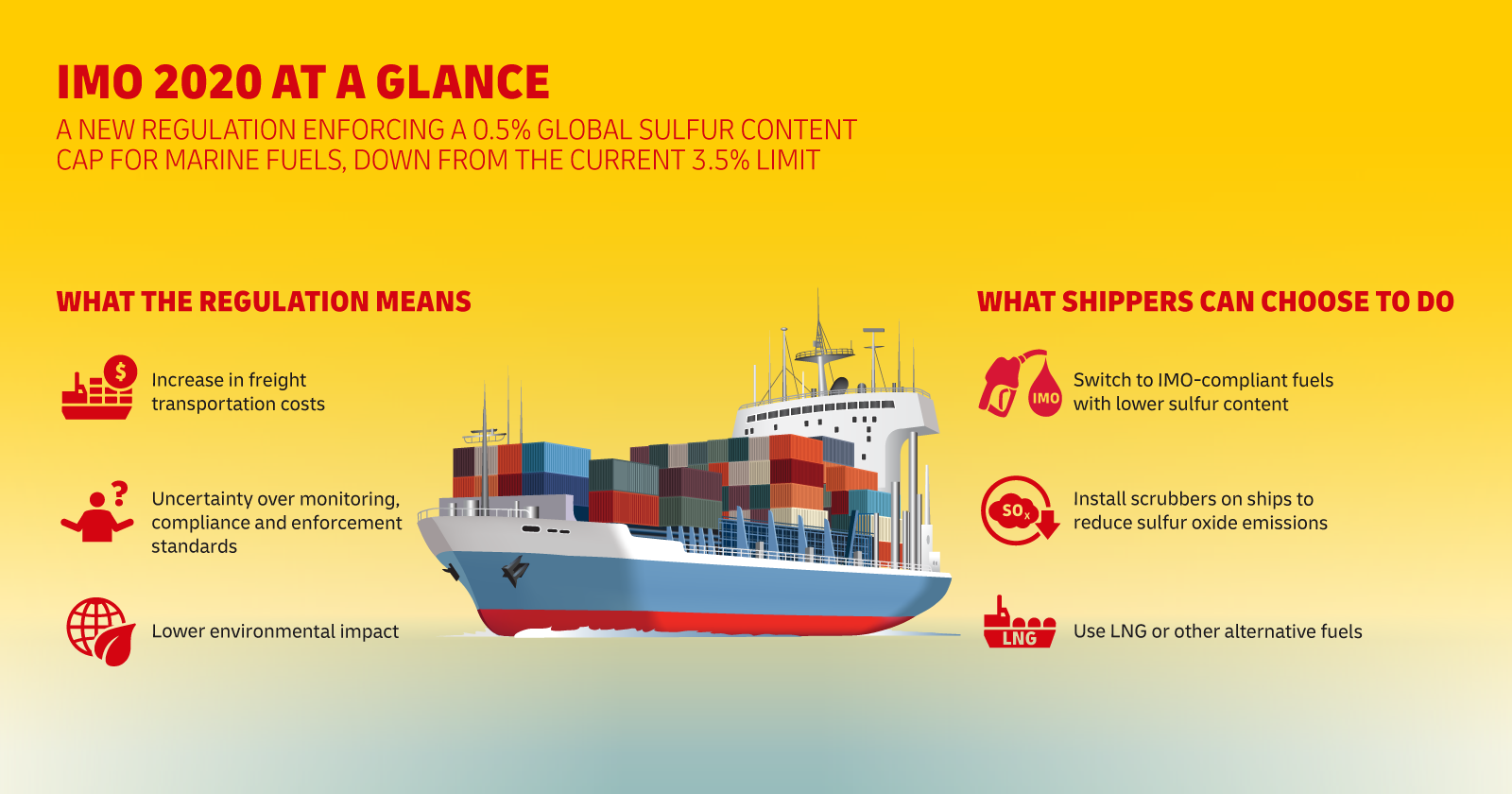 Though the reduction in damaging SOx emissions bodes well for the environment, the new regulation has proved divisive among industry players.

For Deutsche Post DHL Group, reducing logistics-related emissions to zero by 2050 has been a long-term goal. “We support the IMO’s sulfur 2020 regulation as it is very much in keeping with our Group-wide sustainability targets and our GoGreen environmental protection program,” said Dominique von Orelli, Head of Global Ocean Freight at DHL Global Forwarding.

In the shorter term, by the year 2025, the Group aims to improve its carbon efficiency by 50 percent compared to 2007 through cutting emissions of local air pollutants, von Orelli shared. The adoption of clean pick-up and delivery solutions, such as electric vehicles, for 70 percent of the company’s first and last-mile services is another plan in the works.

However, while the benefits of the new regulations are not in doubt, the switch to premium low sulfur fuels presents challenges.

Not the least of these is determining who will pay — and how much — for the anticipated US$10 billion (€8.92 billion) to US$15 billion hike in fuel costs analysts say container lines will face next year.

To put this challenge into context, the container shipping industry registered a total profit of approximately US$1.5 billion last year, according to Drewry Shipping Consultants.

The financial pressure from additional fuel costs has prompted experts, and even the shipping lines, to predict that implementation of the regulations will trigger widespread capacity cuts, bankruptcies, mergers, acquisitions and perhaps even a new round of consolidation among box carriers.

Certainly, the stakes are high and, understandably, container shipping lines are eager to pass on the full cost increase to customers.

Should the shipping lines opt to reduce traveling speeds as a cost-saving measure for fuel consumption, customers will inevitably end up with slower shipments at a higher cost due to a capacity crunch.

Either way, there is no doubt that additional costs for maritime transport will result when the IMO’s sulfur 2020 regulation takes effect.

However, agreeing on a fair means of spreading the burden is proving elusive, especially with rising crude oil prices and the still unknown cost of low-sulfur bunker fuel.

“Although the exact costs are not yet known and are very difficult to estimate, we expect a significant rise in costs,” said von Orelli. “We expect ocean carriers to begin charging additional fees after approximately the third quarter of 2019 when the new fuels are introduced on container ships.”

There has, so far, been some consensus among shippers and carriers during contract negotiations that bunker costs should be separated from freight rates, and that the Bunker Adjustment Factor (BAF) for each trade lane should float using established BAF methodology.

But putting in place mechanisms that are fair to all liner customers while ensuring industry-wide transparency in this transition will be an uphill task.

“The BAF methodology of most carriers is transparent and workable in most cases,” explained von Orelli. “However, it is still completely unclear how carriers will calculate the BAF for low sulfur fuels based on the IMO 2020 regulation. The baseline is not clear yet hence the impact on the rates remains to be seen.

“We are confident that at the end most carriers will apply the same methodology which the market will accept.”

For its part, DHL is putting in place the means of fairly passing on costs to its customers once more expensive fuels are in use. “There’s no industry standard for this, but we promise our customers to be very transparent,” said von Orelli. “We will also publish our own Danmar BAF which will simplify the calculation for the customer, regardless of the ocean carrier used.

“We must proactively inform our customers so that they will know as soon as possible what to expect.”