Your default browser language is set to . Browse this site in another language:
English 日本語 简体中文 繁體中文（香港） 繁體中文（台灣）
Continue
All
Innovation
Insights
Sustainability
Resources
Currently reading
Australia’s SMEs are taking over the world. Here’s how 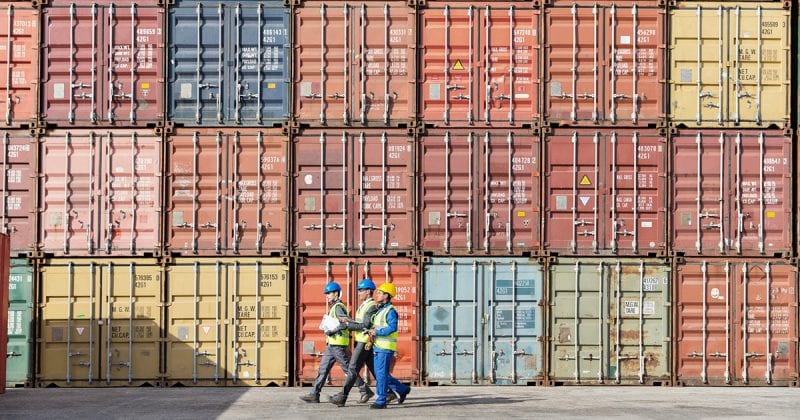 Read next
How reading the fine print can save businesses millions

Australia’s SMEs are taking over the world. Here’s how 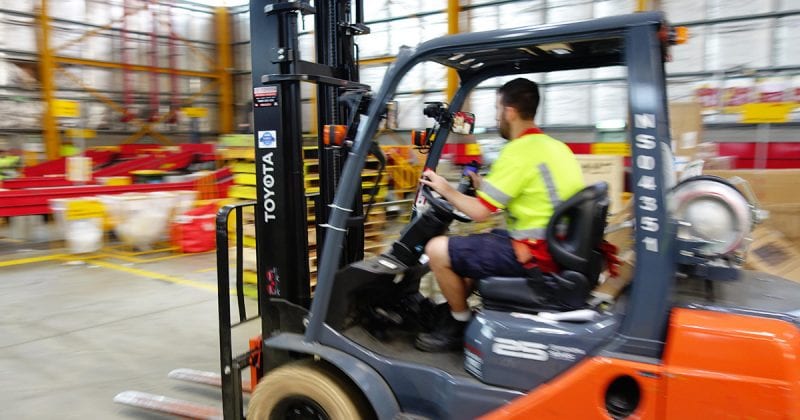 “Night-time is the busiest,” Daniel Byrom says as we observe the web of conveyor belts that meander through the DHL Express Sydney Gateway. It’s a placid Tuesday morning, only a few packages dot the conveyors, and there’s little sign of the frenetic activity that erupts every Wednesday and Thursday evening, which Byrom says is the weekly peak for inbound express shipments.

“We normally have around 14 people on the gateway floor,” says Byrom, the gateway manager of the facility, “but at nights you’ll typically have up to 35 people in action, forklifts constantly shuttling pallets back and forth between zones, a constant stream of vans in and out of the adjacent deliveries area. Our nightly Trans-Tasman flight – one of the only such services between Australia and New Zealand – lands at around 9.30pm and when it does, there’s another spike in packages that have to be sorted, cleared, and allocated to onward delivery.”

Those peaks are likely to become increasingly frequent, and not just in Sydney. Demand for Time Definite International (TDI) shipments from DHL Express continues to increase all around Australia, driven almost exclusively by demand from small and medium sized businesses with operating models as diverse as they are global. Local watchmaker ERROYL imports its watches from Hong Kong to Canberra, allowing it to add personal touches to orders before sending them to customers all around the world – including in Norway, its second biggest market. Fashion designer Christian Kimber sources materials from Spain, manufactures his shoes and other apparel items in Italy, and has shipped products from Melbourne to Hungary, Taiwan, and nearly every state in the United States.

“Australians have a penchant for entrepreneurship, and they’re making the most of today’s economic conditions to punch above their weight in global markets.”

“We often hear a lot of doom and gloom in the media about the Australian economy, but you wouldn’t think so from observing the pace of trade on the ground,” says Gary Edstein, Senior Vice President of DHL Express Oceania. “A low Aussie dollar means greater affordability of local goods to international customers, e-commerce continues to lower the barriers to overseas market entry, and social media has made it easier to reach global audiences than ever before.”

“Australians have a penchant for entrepreneurship, and they’re making the most of today’s economic conditions to punch above their weight in global markets.”

In fact, Australia’s cross-border trade has flourished despite the country maintaining some of the toughest customs and regulation regimes in the world. That applies particularly to goods imported into Australia, which must undergo not only customs checks but rigorous quarantine procedures designed to keep out threats to the country’s natural biodiversity and agricultural sector. Customs and quarantine are such major issues that a number of the Sydney Gateway’s personnel are dedicated to handling one or the other, ensuring that goods clear inspection as quickly as possible.

“Our customs and quarantine teams maintain a united front when protecting the national interest,” Byrom comments.

“When it comes to outcomes for our customers, they’re equally important. Any imported item can’t officially enter Australia unless it’s cleared by both customs and quarantine, so our teams have to collaborate extremely closely to prevent delays on one side holding up the other.”

When an item arrives in Australia, it may be either cleared to enter on arrival or, if its description or documentation leaves room for ambiguity, placed in ‘bond’ for further examination. The Sydney Gateway’s zone for bonded goods takes up a sizable part of the facility’s floor, with shelves upon shelves of neatly-stacked packages awaiting inspection by customs and quarantine officials. Each one of those packages, Byrom points out, has to be scanned and inventoried daily to ensure that nothing inadvertently escapes review.

“To avoid having your goods held in bond and potentially slowed down, we advise customers to document their goods with as much detail and clarity about their composition as possible,” Byrom advises. "Businesses, potentially those based overseas, often underestimate the sheer breadth of risk factors that customs and quarantine agents have to look out for: a picture-frame, for example, could be made of wood that contains harmful parasites or diseases. If you err on the side of detail, your goods are more likely to avoid falling into that 4% of goods that get stopped for inspection.”

Despite the level of scrutiny involved by customs and quarantine, DHL Express has highly experienced regulatory handlers.

“Many of our team members have been working alongside Border Force (Australia’s border protection agency) and the Australian Quarantine and Inspection Service (AQIS) for years, even decades,” says Byrom. “That close relationship allows us to clear goods and handle potential issues extremely quickly and efficiently: simply knowing who to talk to and what regulations in play makes a huge difference for our customers.”

A Second Wave of Growth

Contrary to headlines about the global economy’s instability, Australian businesses remain upbeat about their international prospects. The 2016 DHL Export Barometer, an annual survey of exporter confidence, found that almost half (47%) of Australian exporters saw their orders grow last year, while two in every three expect sales to rise over the course of 2016. And a large part of that trade still goes to Australia’s more traditional trade partners like the United States, the United Kingdom, and New Zealand, where DHL Express completed a NZ$15.3 million expansion of its Auckland Gateway in August 2016. According to Edstein, this means there’s still a significant runway – pointed at one country in particular – for Australian businesses to expand further.

“Import-export activity between Australia and China is certainly growing, but hasn’t yet reached the same levels as to more mature Western markets,” says Edstein. “While China certainly holds huge promise for Australian trade, small businesses are still a bit less certain about the best practices and channels to adopt in terms of expanding there. But as they test the waters and gain confidence in importing and exporting to China and the rest of the Asia Pacific region, we’re likely to see another wave of growth that may even exceed what we’ve experienced so far.”

DHL Express has invested around AU$55 million over the past five years to ensure its infrastructure is ready for that wave. At the Sydney Gateway, operators in a dedicated Quality Control Centre constantly track shipments in real-time via GPS, updating their owners of even the slightest deviation from schedule. Other local gateways, such as those that have recently been upgraded in Melbourne and Auckland, now employ automation technologies that can accurately handle up to twice the number of packages per day as manual sorting techniques. Yet according to Edstein, the most important aspect of operations at DHL Express remains the day-to-day conversations between customer service personnel and the business community.

"Our level of customer service directly affects how well our customers can communicate and build trust amongst consumers,” says Edstein. “Our customers run all sorts of businesses – from fashion labels to medical device components – but one thing they have in common is a burning passion for what they do. We have to match that passion in the logistics of shipping their goods to consumers all around the world, otherwise they won’t grow and neither will we.”

0 0
Thank you for leaving your feedback
Reuse this content
STORIES YOU MAY LIKE
Insights
Australia open for business despite Covid-19, says DHL’s Gary Edstein
How have Australia and its businesses coped with the Covid-19 pandemic? Logistics of Things speaks with Gary Edstein from DHL Express to learn more.
Insights
3 tips for Japanese SMEs dreaming big
There’s still more room for SMEs in Japan to grow by leveraging on e-commerce, manufacturing regionally, and expanding into new services.
Insights
What's stopping Australian SMEs from entering Asia?
Asia beckons Australian SMEs with new opportunities, but the fear of the unknown is a hindrance. The only way to get around that is to plunge right in.
Insights
E-commerce boom fuels air cargo demand in Asia
Air cargo demand has reached an all-time high since the onset of the Covid-19 pandemic, driven largely by an unprecedented growth in e-commerce.
Insights
Ken Lee on investing to bolster e-commerce growth | Video
E-commerce’s trajectory will continue to rise as the way we work and live continues to change. What investments are needed in the logistics sphere?
Sustainability
From courier to CEO: Egidio Monteiro’s rise to the top
Starting his logistics journey as a courier proved an important learning experience for Egidio Monteiro, CEO of DHL Global Forwarding Southern Africa.