Download Audio
Is battery technology ready for the electric vehicle revolution? And are supply chains ready, too?

Is battery technology ready for the electric vehicle revolution? And are supply chains ready, too? 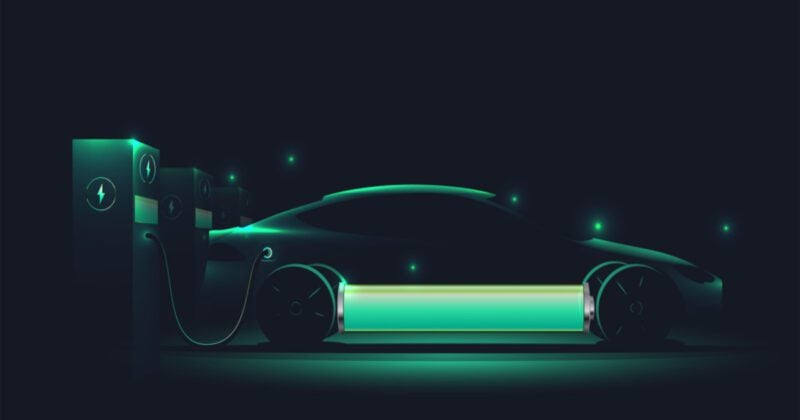 The single most important factor driving the shift to electric vehicles is undoubtedly the battery. Performance, production, and supply are all playing a decisive role. But is battery technology ready for the electric vehicle revolution? And are supply chains ready, too?

The automotive world is buzzing with electricity – and for good reason. Sales are exploding, and demand is at an all-time high. Electric vehicles (EVs) are about to go mainstream. We’ll likely reach the tipping point soon – the moment when the cost of owning an EV is on par with an ICE, a car with an internal combustion engine.

According to the International Energy Agency (IEA), electric vehicles still make up a small slice of the market – just under 9% of global car sales in 2021. But that’s up from 2.5% just two years ago. What’s more, in 2020, while the overall car market contracted, electric car sales bucked the trend, rising from 2.2 to 3 million year on year. That figure more than doubled to 6.6 million in 2021!

Recognizing the writing on the wall 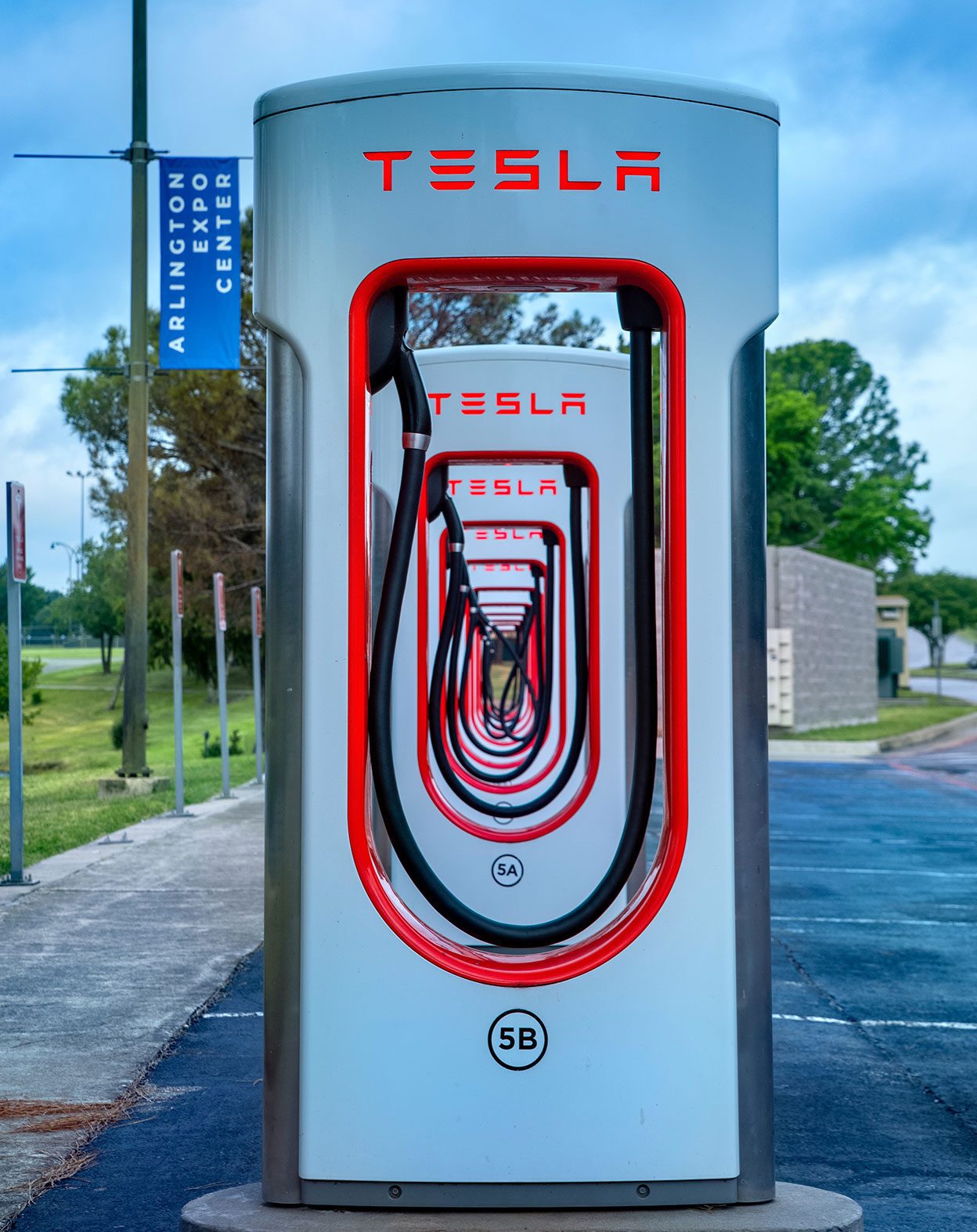 In Europe, EV purchases outpaced diesel cars for the first time in December 2021. And in March 2022, Tesla officially opened its $7 billion 'Gigafactory’ in Berlin, where the company plans to build 500,000 electric vehicles annually.

Automakers finally see the writing on the wall: US automobile giant General Motors, for example, aims to stop selling emissions-producing vehicles by as early as 2035. Likewise, Audi will quit designing new gasoline or diesel engines in 2026 and wants to go EV-only in 2032.

If you’re still not convinced, consider this: Ford is about to begin mass production of the F-150 Lightning – an all-electric version of America’s best-selling pickup truck. Highly anticipated is an understatement. The launch has been compared to the Model T, the historic car that made automobiles affordable and ultimately created mass mobility. Ford had to stop taking reservations of the Lightning because they received so many and now plans to nearly double production capacity to 150,000 in 2022, increasing to 200,000-plus units in 2023.

After years of much talk and little action by major carmakers, why is the industry finally stepping on the accelerator? One reason is undoubtedly demand. Consumer interest is on the rise, driven partly by the environment. Extreme weather events are making the effects of climate change more tangible. The other is undeniably battery technology, which is advancing exponentially and making EVs much more competitive. Many analysts believe 2022 will be a tipping point when the cost of owning an EV will align with that of an ICE.

On top of it all, word is getting around that electric vehicles are easier to maintain and cheaper to operate, not to mention fun to drive. Our own fleet managers and drivers can contest to that.

Electric vehicle battery technology – its production, performance, and (most importantly) availability – is the most crucial factor driving the shift to EVs now and in the future. And we know that logistics has a vital role in the entire process.

But is there anything holding the industry back right now? What do electric car batteries look like right now – and what will they look like in the future?

For a lot of people, electric vehicles make a lot of sense: No carbon emissions on our roads, nearly no noise in our neighborhoods, and fewer moving parts to maintain. This last fact could save drivers thousands on maintenance over the life of the vehicle. And let’s not forget fuel: Electricity is generally cheaper per mile than gasoline.

That said, battery life is one of the factors preventing the skyrocketing EV sales figures from soaring even higher. Many potential buyers are put off by the perceived low range of today’s electric vehicle batteries.

Let’s bust this myth right away: Many manufacturers now offer battery guarantees up to eight years or 100,000 miles (160,000 km). They wouldn’t do that if they didn’t think their batteries would last that long. And contrary to popular belief, an electric vehicle battery that’s a few years old has nearly the same range as when it was new.

Technology remains the number one hurdle to widespread EV adoption despite increasing lifespans. There are numerous challenges: range, cost, weight, charging times, and charging infrastructure. The good news is that things are changing rapidly.

So, what is the current state of electric vehicle battery technology? And what might it look like in just five or ten years? Let’s take a look.

You probably recognize the term lithium-ion because most modern smartphones use this type of battery. Lithium-ion is also the most common type of electric vehicle battery. That’s because they have a high power-to-weight ratio, which reduces the car’s weight and allows it to travel further. Lithium-ion batteries are also better than other batteries at holding a full charge over time.

All lithium-ion batteries function the same: energy is discharged and recharged as the electrolyte conducts positively charged lithium ions between the anode and the cathode. What varies are their materials and chemistries. The three main cathode formulas today are nickel, manganese, and cobalt (NMC), nickel, cobalt, and aluminum (NCA), and lithium-phosphate (LFP).

What’s so important about the chemistry? Without going into too much detail, the materials used in the cathode can make or break the battery’s cell density and, therefore, its performance. For example, electric car batteries made with nickel and cobalt have a higher energy density, which delivers more power and longer range. But they have a shorter lifespan: their capacity to hold a full charge declines quicker. NMC/NCA batteries are also less stable, so there are safety issues. For example, they must be transported as hazardous materials. LFP batteries have a lower energy density, which delivers less power and range. However, they have a longer lifespan and are safer and cheaper than NMC and NCA batteries.

In recent years, the energy density of LFP batteries has improved considerably. This is leading automakers to consider switching to LFP for their shorter-range vehicles to reduce the price and make them more attractive to buyers. Tesla already uses LFP in their standard range (SR) electric cars made in China, but the company is shifting to LFP for all SR models. Other electric vehicle makers have announced similar plans, and more are sure to follow. This will have implications for international supply chains. 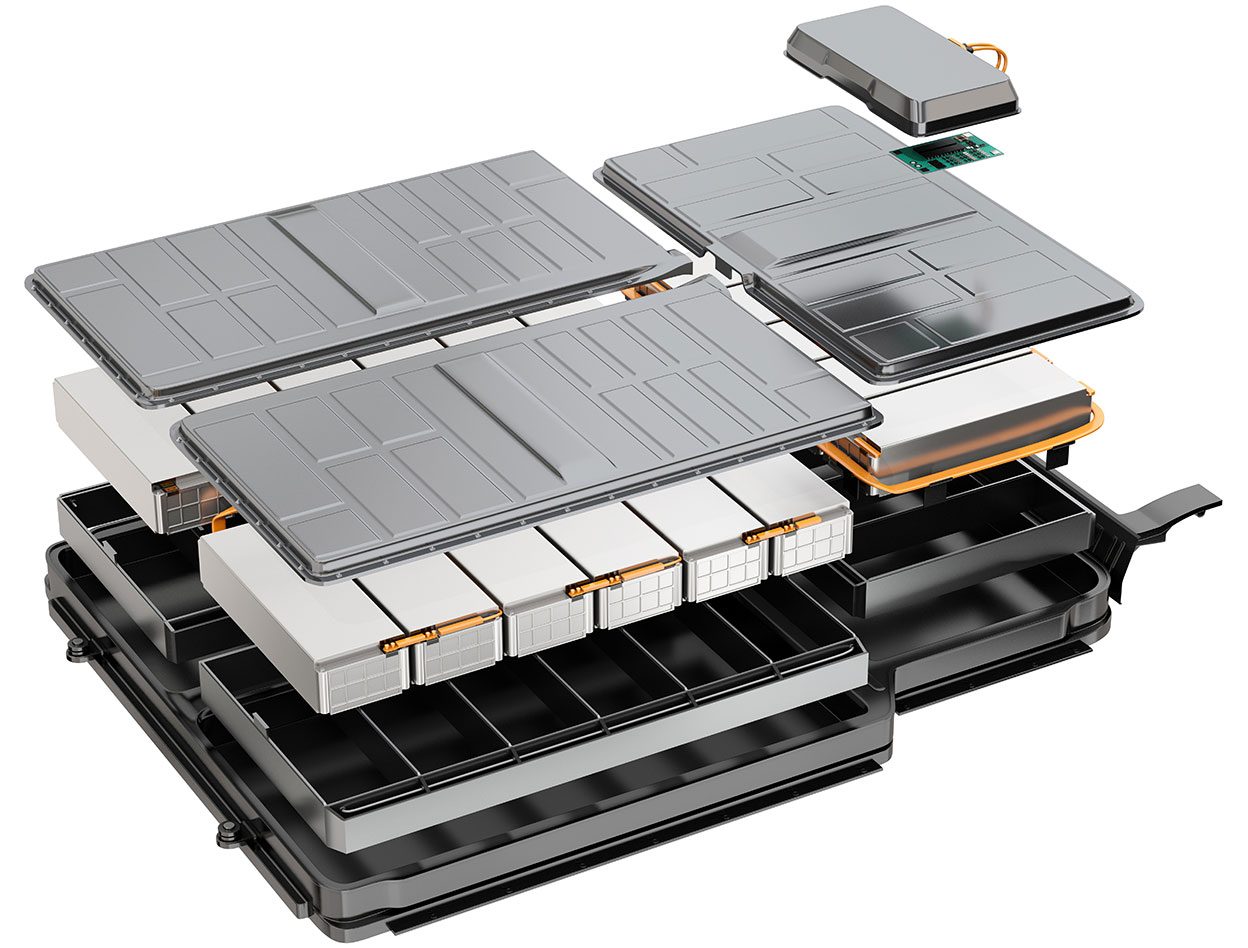 It’s safe to say that it’s an exciting time for battery research and development. One of the challenges the battery industry faces is the lack of cheaper, more sustainable, and more readily available materials. Cobalt, for example, is an expensive and limited resource. So scientists the world over are experimenting with low-cobalt or cobalt-free cathodes.

For instance, in LFP cells, the coating on the cathode material is made from iron phosphate, which can do the same thing as manganese/cobalt, just not (yet) quite as good. It doesn’t store as much energy and doesn’t deliver as much power.

But not everyone wants a car that goes zero to sixty in two seconds. That means not everyone needs electric car batteries with the premium battery chemistry. Most people will buy the most affordable solution to do what they want. Currently, lithium iron phosphate can deliver about 150 miles of real-world range. Tesla’s Model 3 SR with LFP batteries has achieved 243 miles (391 km) in real-world tests, which is plenty for many people.

There are too many scientists and startups chasing the next chemistry breakthrough to cover them all here, but sodium-ion is worth mentioning. It is seen as a potential next-generation solution. The formula doesn’t deliver high energy density, but there are many potential applications, such as e-bikes, scooters, and city cars – all very interesting for last-mile logistics.

One technology getting a lot of attention is the solid-state battery. Widely considered the next great thing in electric vehicle battery technology, some experts believe they could be ready for mainstream soon.

What’s all the hype? First and foremost, solid-state batteries offer at least two times the energy density of today’s lithium-ion batteries. They promise fast charging and enough power to outperform ICEs on both city streets and interstate highways. And with no flammable liquid electrolytes, they are safe and efficient. Those are key selling points for electric vehicles.

The biggest hurdle right now is production cost and scalability. If the industry can overcome these challenges, the use of solid-state batteries in electric vehicles could increase demand, as buyers looking for power and speed will see EVs as a viable option. 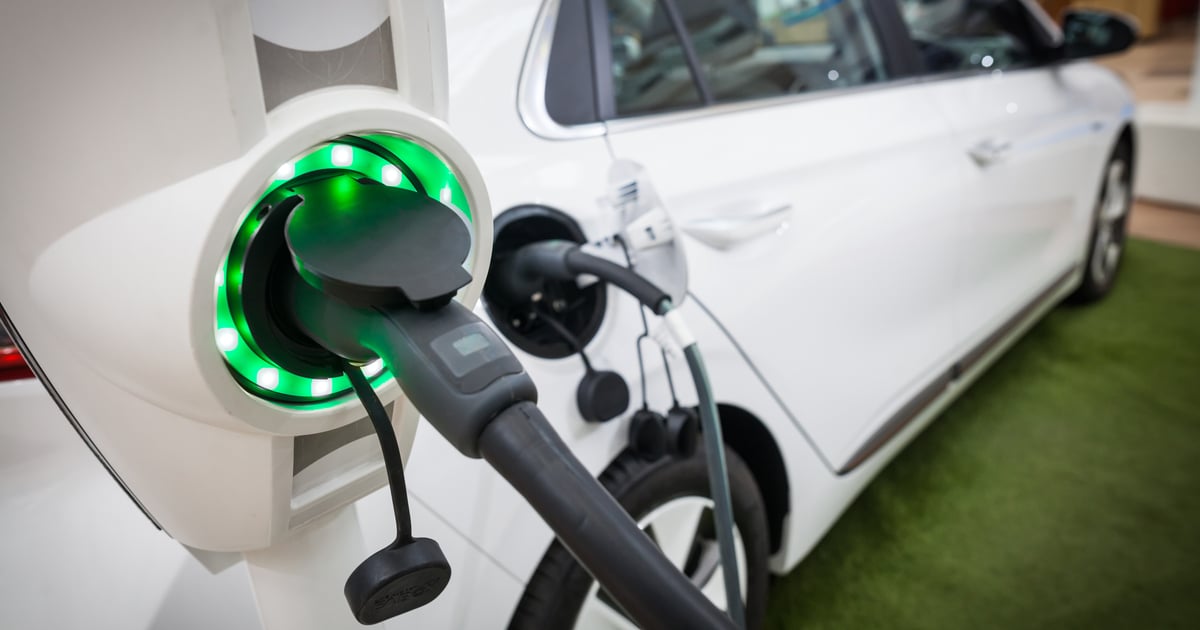 Charging time is a big issue, especially for commercial users of electric vehicles. For example, in many of our last-mile delivery operations, we use electric delivery vans that have a range of about 90 miles (140 km) on one charge. That’s plenty for that purpose. The picture is different in heavy-duty transport, but we are testing the latest capabilities and believe it won’t be long before a fleet of fossil-free rigs makes long-distance runs across our network.

But as the battery industry has made a lot of progress in driving range, battery cost, and weight, innovations that reduce charging time are lagging. Until now, it seems. Fully charging electric vehicle batteries in a few minutes may soon become a reality.

StoreDot is developing a new technology that could revolutionize battery charging. They’re taking existing lithium-ion battery technology and upgrading the graphite components with silicone. The result is extremely fast charging: 300 miles of range in five minutes!

When it comes to range, many battery manufacturers are already saying they can build batteries that will last 900 miles (1,500 km). Solid-state and organic batteries could offer up to 1,700 miles (2,700 km). That’s way more than any ICE vehicle can offer.

You only have to go back a few years to find a completely different market for electric car batteries. The industry is evolving at … well … lightning speed. The technology is developing exponentially. So how can the logistics industry keep up?

One way is to be involved in the process from the get-go. With so many gigafactories going online in the coming years, the demand for battery logistics threatens to exceed supply. Logistics companies must be prepared. Also, with so many different battery technologies, we must understand that there is no one-size-fits-all solution. Even today, handling, transporting, and storing batteries varies depending on the battery’s size, weight, and power.

Expertise becomes a real game-changer. The battery industry doesn’t want to revamp the supply chain every time a new technology is developed. Logistics companies are working on adaptable packaging so that we don’t have to reinvent the wheel. Understanding compliance across the globe becomes crucial as battery supply chains will remain international. Battery packaging has come a long way, with heat-diminishing products and efficient handling processes that make the supply chain safer. 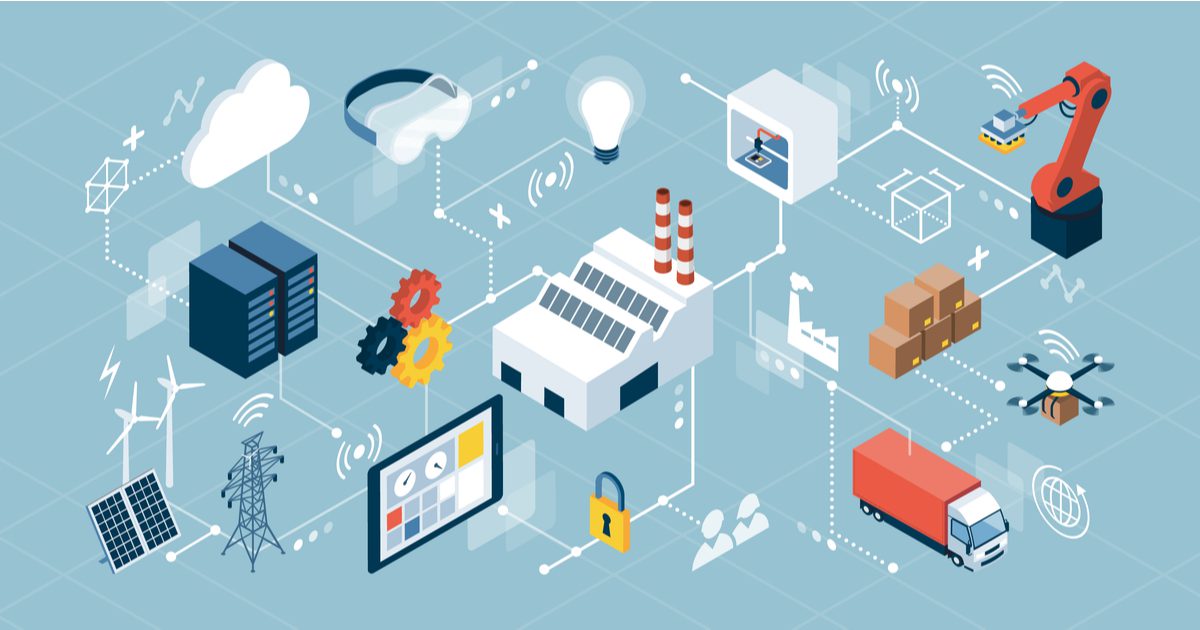 The Internet of Things (IoT) is also a vital tool in electric vehicle battery logistics. State-of-the-art sensors and centralized platforms allow supply chain managers to track individual batteries across the entire supply chain. This means knowing the location and status (heat, gas composition, etc.) of each battery at all times. The technology could even be used to monitor a battery across its entire lifespan – or even track each component, creating a complete audit trail from production to the final use of the parts. This has enormous implications for battery recycling and end-of-life processing.

There’s no doubt about it. The EV revolution is here. The only question is what the next innovation in electric vehicle battery technology will be and how that will impact the market.

It’s certainly hard to keep up with the accelerating pace of change. But keep up we must. That’s because battery logistics will become the fuel that gets electric cars on the road and keeps them there.

This story was first published on DHL Delivered and was republished with permission.