Your default browser language is set to . Browse this site in another language:
English 日本語 简体中文 繁體中文（香港） 繁體中文（台灣）
Continue
All
Innovation
Insights
Sustainability
Resources
Currently reading
Thoughts on purpose – How the pandemic brought the best out of DHL Express 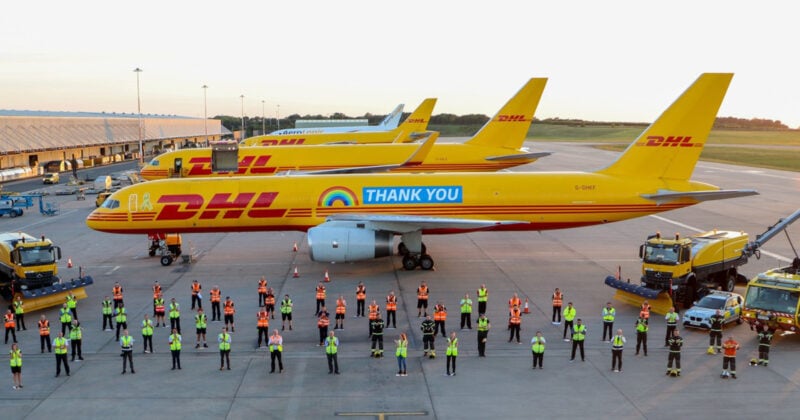 For many years now, DHL has invested in defining and communicating our ‘purpose’ as a company. Some 10 years ago, we coined our own mantra: Connecting people, improving lives.

It is simple and upbeat but, most of all, it underscores our collective belief that logistics and global trade improve the prosperity of nations and improve the lives of blue collar workers in those countries.

They say, “No plan survives contact with the enemy”. Our plan and our purpose met a formidable challenge with the arrival of the pandemic. On paper, we faced a serious threat to our business and our ability to serve our customers. Global supply chains were interrupted, air traffic came to standstill in many countries; border controls sprung up around the world; lockdowns confined people to their homes. No one knew what was around each corner.

I have often gone by the principle that a quick decision is often a bad decision and not to be pressured by fictional deadlines. This situation was different and from talking and thinking as a team it quickly became clear that it was necessary to change work routines and processes almost overnight. Communication became critical and we had to tailor and translate messages to our employees in 220 countries and territories. We had to ensure protection from the virus and deal with the prospect of downsizing. We resolved to introduce a radically changed environment.

Somehow we squeezed four years of technological advancement into four months. Previously, departments such as Human Resources (HR) and Information Technology (IT) had often been known as ‘support’ functions. We had to move 9,000 laptops into homes as employees made the transition to their new place of work.

Under these circumstances, it confirmed my suspicion that there is no such thing as support functions: we are all on the frontline and we never missed a moment when we were not fully connected to our customers. In fact, more connected than ever before.

At one moment, we were delivering personal protective equipment (PPE) to China from the world. And then, within a matter of weeks, the direction shifted and it was to move PPE from China to the world. We helped to safeguard the existence of brands that had to suddenly close their physical stores and move their business online.

How tough would life have been if people had stopped receiving packages? There would have been no DIY, no gardening, no books, no sports gear, not to mention vaccines, medical supplies or spare parts for vehicles.

Within weeks, it became apparent that our business remained very strong and our customers needed us more than ever. We found we were able to fulfill those needs, because our employees were willing to adapt in a crisis.

Connecting people, improving lives — never before had this been more relevant than during the pandemic: never before has it been more recognized internally and externally. This simple, memorable idea, cut through and it became a much more known and widely used part of our own lexicon.

Our strategy was able to evolve with the changing circumstances as we had come up with a way to think about the company and a way to talk about the company that our teams could apply to make their own decisions. During the darkest days, our investment in communicating and clarifying our purpose over many years, paid off.

Thankfully, we were not an executive board of 10 advocating what to do — we had 110,000 advocates for what we needed to do. Our purpose gave us the momentum we needed to adapt. The concept of “influence a thousand” came to mind.

The pandemic proved our resilience. We operate in 220 countries and territories. With operations on a global scale, natural or political disruption of some kind will be going on somewhere every week. We have got to deal with it. As a company, we have to be optimistic about a swift recovery from the pandemic — in the same way as we got through the Icelandic ash cloud of 2010 and the Great Recession of 2008. In the same way, this would pass. 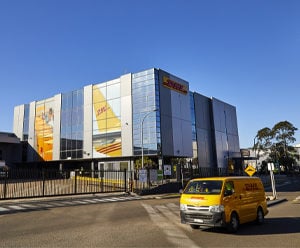 Australia open for business despite Covid-19, says DHL’s Gary Edstein
How have Australia and its businesses coped with the Covid-19 pandemic? Logistics of Things speaks with Gary Edstein from DHL Express to learn more.
Read more

Like so many other frontline and essential services, we helped secure livelihoods, delivered health and joy, enabled growth, and kept supply chains running. It was not difficult for our employees to see the impact they were having.

For our people, this was a source of tremendous pride and meaning. This was reflected in our annual Employee Opinion Survey, conducted among all employees. It shows that employee engagement jumped from 77 percent in 2019 to 82 percent in 2020.

The benefits of maintaining global connections have become even more tangible than before. Vaccine development itself is a great example of globalization at its best. It would not have been possible without the global division of labor and the global exchange of knowledge.

Now that vaccine production is ramping up, the distribution of vaccines depends crucially on global logistics. To date, we have distributed more than 200 million Covid-19 vaccine doses to 120 countries. This is an excellent example of our purpose (and globalization) in action.

The distribution of vaccines is not just essential for our customers and the world. It is also motivating for our employees: they feel part of something, their families show their pride in their work, and they are thrilled when they see our planes arrive and the distribution process start.

But our purpose is not just a feature of work life. We want our employees to be active citizens in helping the towns, villages and communities where they live. Our ‘Go’ programs support the efforts of our employees to make a contribution to wider society.

Whether it is to make it easier to trade across borders (GoTrade), giving young people the opportunity learn new skills (GoTeach), preparing for the logistical challenges of natural disasters (GoHelp) or to ensure business success is compatible with environmental protection (GoGreen), we have initiatives to get employees involved in causes that drive them.

Also, we launched DHL’s Got Heart — a way that colleagues can draw attention to the charities they support or set up ways to back good causes through their own initiative.

International collaboration can counter the forces of nationalism and protectionism which threaten the flow of trade. Alibaba’s Jack Ma puts it succinctly, ‘If trade stops, war starts’. Corporate work cultures can offer a model for societies, showing how commerce can transcend religious and cultural differences and be inclusive or many nationalities and languages.

We know that trade can soothe the tensions between nations and create bonds of fellowship. If companies like ours succeed in engaging and empowering our employees, that will provide a template for governments and wider society.

Sometimes it is hard to find the words to say what we mean when we talk about purpose. But I found you do not always need to. Remember the song ‘Bridge Over Trouble Water’ by Simon and Garfunkel?

During the pandemic, we used this song and the lyrics to complement some of our communications. It was memorable. It caught the mood. And it conveyed a message. It said everything we needed to say about how we needed to maximize our collective effort to overcome setbacks during those difficult days. We are proud that we did what we could to calm troubled waters.

Last thoughts: The purpose of any company and organization should be aligned with what it is they do, where they operate, what industry they are in, what assets they have and where there employees live. What matters is how you “connect” locally and, at the end of the day, your own example is the best example and your employees will be proud and justifiably so as it is them that carry the torch. 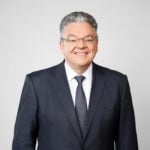 John Pearson
John Pearson is the CEO for DHL Express. He was appointed to the Board of Management of Deutsche Post AG on January 1, 2019.
LinkedIn
STORIES YOU MAY LIKE
Insights
Ken Lee on how technology is crucial to delivering service excellence | Video
The way customers prefer to interact with businesses is changing, but are businesses adapting their customer service operations?
Insights
Fewer barriers, more trade: How the new GoTrade program will help Africa’s SMEs
As African SMEs grapple with the impact of Covid-19, the new sustainability program by DPDHL Group may be the answer to survival and sustainable growth.
Insights
Logistical planning crucial for first wave of Covid-19 vaccines to reach Asia
DHL’s recent delivery of the first batch of Covid-19 vaccines to Singapore is a good roadmap for what could come next.
Innovation
Navigating the urban jungle: Hong Kong’s couriers are walking the last mile
In one of the most developed cities on the planet, delivering a package requires a surprising blend of high-tech and mundane solutions.
Insights
Against Covid-19 headwinds, Western Cape exporters hold their own
Exporters in South Africa’s Western Cape fared well amid Covid-19, but only government support and improvements in logistics will ensure continued success.
Sustainability
"Even in the midst of Covid-19, the battle against climate change must carry on"
True decarbonization of the transport sector makes a paradigm shift from offsetting to insetting necessary, says Tim Scharwath, CEO DHL Global Forwarding,