Riding the daigou wave into a borderless retail market

Ever wished that you were in another country just so you could be among the first to buy the latest tech gadget or luxury bag? With a daigou, you now can. 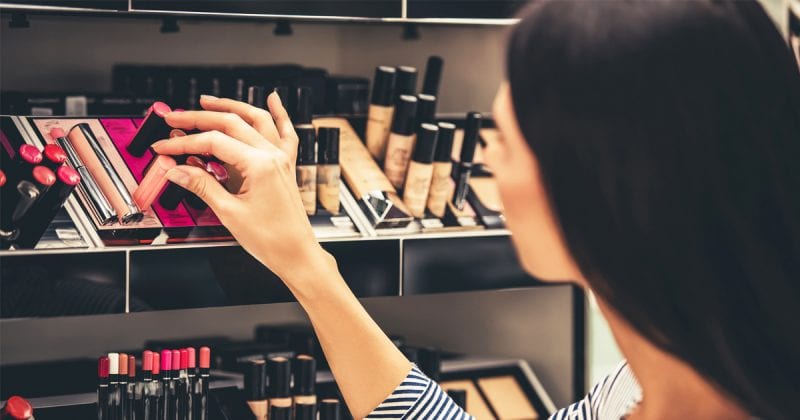 Inside a French luxury store in London’s upmarket Bond Street, a fresh-faced university student finally tucks her mobile phone into her pocket.

It is the launch of the brand’s new handbag collection, and she had spent the last two hours in the shop talking and sending messages to a number of people, updating them about the price, color and other details.

She makes her purchase and leaves the store. She was lucky enough to have scored three of the latest leather handbags — each worth thousands of dollars — after queuing for four hours.

None of the three handbags are for herself.

The student is a daigou (pronounced “dye-go”) — a personal shopper based overseas who buys something on somebody’s behalf.

The luxury handbags are for her customers in China. For each item, she earns a handsome 10 percent commission.

At home, she carefully packs the handbags into separate boxes before sending them out.

Daigous like her are part of a booming trade that is speedily gaining traction across the world, fueled by demand in China.

The rise of the daigous

The daigou phenomenon was borne out of a deep-rooted mistrust over the authenticity of products sold in China — in particular, a spate of food safety scandals involving tainted or fake baby formula milk.

In 2008, at least six babies died and tens of thousands became sick, after their formula milk was found to have contained melamine, a toxic compound.

Consumers in China, as a result, have turned to buying and using brands from overseas, be it milk powder, electronics or luxury goods.

As 37-year-old Lin (not her real name), a housewife and part-time daigou agent in London, said in a Financial Times article: “Although the price differences are not that much now between China and the UK, my clients are still keen to buy things from overseas.

“They reckon luxury products purchased abroad are ‘better’. They also have doubts about whether China’s flagship stores sell the real stuff or not.”

For daigous, the business is a highly lucrative one. Most of them charge a commission of five to 15 percent for their services, although this can increase in certain cases.

Those in Australia, for instance, can make more than US$100,000 (€86,600) a year selling Australian products to customers in China.

The industry is expanding rapidly in size, scope and sophistication as more consumers in China continue to demand product quality and legitimacy, with some even willing to pay premiums of up to 100 percent.

According to Frontier Strategy Group (FSG), the daigou channel is expected to grow at a compound annual growth rate of more than 60 percent between 2015 and 2018, reaching seven percent of total Chinese e-commerce value by the end of this year.

The proliferation of technologies such as WeChat, by which users can communicate instantly and make payments directly, is also powering the trade.

The top product categories in cross-border e-commerce are health and beauty, maternal and infant goods, apparel and accessories, as well as consumer electronics, said FSG.

Popular goods from these categories are commonly sourced from the United States, Japan or South Korea — countries that consumers typically associate with quality products.

In fact, the daigou trade has grown so big so quickly that platforms offering the service have emerged in recent years to ride the wave.

Players like Airfrov, ShopandBox and Personal Shopper Japan link travelers or locals with shoppers, helping them purchase the items that they want overseas before shipping them over.

The power of word-of-mouth

When Sydney-based AuMake debuted on the Australian Stock Exchange in October 2017, it brought the daigou business to a whole new level.

The business, run by a husband-and-wife pair, was the first daigou-specific company to go public in Australia. It owns a chain of physical retail stores across the city along with its e-commerce site, which offers a direct shipping option from Australia to China through a partnership with DHL eCommerce.

In March this year, its stores raked in a record A$2.37 million (€1.5 million) in sales both online and offline.

The brand then launched a “Daigou Hub” in Sydney’s Chinatown district within the same month, allowing Australian suppliers to directly engage with daigous and Chinese tourists in a purpose-built facility. The goal is to promote new brands and products to the market in a one-stop shop.

The company plans to set up more such hubs in other cities as it expands.

Market research and data firm Nielsen noted in a report that word-of-mouth marketing is “by far the most powerful form of advertising” for Chinese consumers.

A daigou based in Australia can have as many as 100,000 personal contacts in their network, it said. They act as micro-influencers, in that they are able to make personal recommendations of a brand or product to an incredibly wide network in China with instant results.

AuMake executive chairman Keong Chan said, in a SmartCompany interview, that the company wants to address a gap in the market by helping smaller brands gain traction with Chinese shoppers.

“The suppliers have no idea how to engage with daigous,” Chan said, noting that some Australian brands struggle to connect with Chinese shoppers in Australia, or with the complex task of entering the Chinese market.

“The demand from China is insatiable, but we’ve identified this big gap, in how we actually get the Chinese tourist to embrace new brands,” he said.

As the industry continues to grow, efforts to professionalize it are under way.

The newly-formed Australia China Daigou Association, for instance, is drawing up a code of conduct for daigous. This comes after the Australian government threw its support behind the industry, recognizing its potential to create good jobs.

The logistics component of the trade is also evolving quickly, with new technologies paving the way for new logistics channels to export products.

China Road, a full-service sales and logistics company, is one of the latest entrants to the market.

Using its dedicated cold chain logistics and distribution systems, the firm works with more than 10,000 daigou shoppers to sell and ship products from Australia and New Zealand — such as milk and ice cream — directly to Chinese consumers.

As the industry becomes more sophisticated, the opportunities that come with the daigou channel are only set to multiply.

7 0
Thank you for leaving your feedback
Reuse this content
STORIES YOU MAY LIKE
Sustainability
Breaking the Saudi glass ceiling
She's the first Saudi female to ever win a Stevie Award for creating equal opportunities for women at the workplace.
Insights
Asia’s appetite for fresh Australian produce
A surge in cross-border e-commerce, improved logistics, and bilateral trade agreements are cementing Australia’s status as a leader in fresh food exports.
Insights
In Africa, three women are challenging gender bias in a male-dominated industry
Where gender equality is still far from the norm at the workplace in Africa, three female leaders at DHL are doing their part to turn things around.
Insights
A bold idea turned career-defining moment
Fabienne Costa gave up her career in nursing to start her own jewelry company. That bold decision has now paid off.
Sustainability
Meet Fatima Ait Bendawad: A figure of grit and benevolence
In the 15 years she has spent in humanitarian logistics, Fatima Ait Bendawad has seen and done it all.
Insights
How four endangered bears traveled 9,000km to their new home
It was a first-class experience for four grown Ussuri brown bears who successfully traveled across continents to their new forever home.