Available in
Other languages
The formation of a group of vehicles traveling in a convoy, led by the first 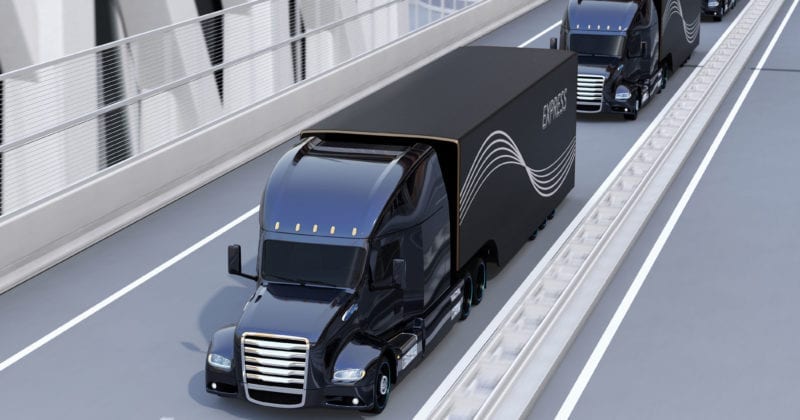 Platooning, in logistics, means to have a human-driven vehicle leading the way while a convoy of autonomous vehicles trails behind.

The front vehicle acts as a command center, determining the direction and speed of travel. When it turns or slows down, so do the rest. This is done through digital networking, with the use of GPS, WiFi, radar and other assistance systems for autonomous driving.

While drivers of the front vehicle retain control — which allows them to intervene at any time — the rear vehicles largely function autonomously to keep the distance between each vehicle small.

Truck platooning holds the promise of fuel savings, safer roads, and fewer traffic jams, and is seen as the future of road transport.

The small distance between the vehicles reduces drag, which can cut down fuel consumption by up to 10 percent. It is also expected to bring down traffic jams by a third.

Companies are also developing platooning systems which can send brake signals from the lead vehicle to the driverless rear ones in less than 0.1 second. Skilled truck drivers generally respond in 1.4 seconds.

The system is already being trialed in various countries, including the Netherlands, Britain, and Singapore.