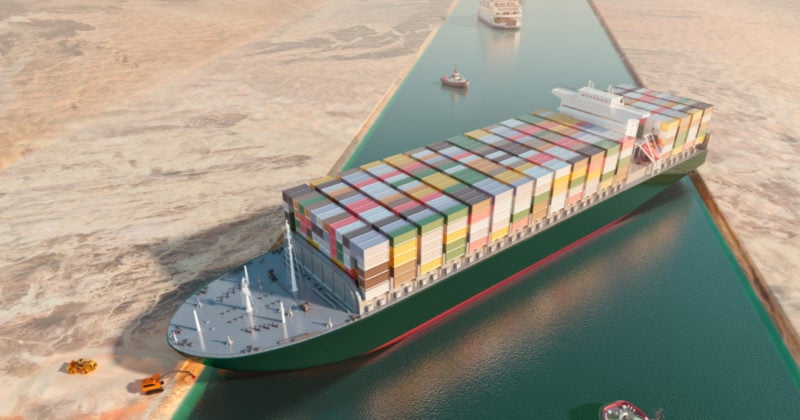 The world followed the news closely as tugboats and dredgers attempted to free a wedged container ship that brought marine traffic in Egypt’s Suez Canal to a standstill on March 23.

Even before the six-day-long blockage, container shipping supply was already struggling to keep up with the pandemic-driven switch in consumer expenditure from services to products. The result was persistent near-record freight rates on East-West trade lanes.

With the temporary closure of the Suez Canal during the blockage, the time taken to clear the queue of waiting vessels, and for diverted vessels to reach their destinations, essentially meant taking capacity out of an already-overstretched global container shipping market.

Analysts expect the deepening of the supply-demand imbalance of container slots and equipment to have repercussions throughout the second quarter of 2021.

John D. McCown, shipping analyst and author of the recent book 'Giants Of The Sea: Ships & Men Who Changed The World', believes the Suez closure is likely to support pricing on most container shipping routes in the weeks ahead.

“Pricing in the shipping industry is set at the intersection of supply and demand and there are few if any industries that are as immediately and sharply affected by a change in that dynamic,” explained McCown. “It underscores the network effect of container shipping and how disruptions in one area can often flow throughout these container networks.”

The closure of the Suez Canal is likely to have multiple short and medium-term implications, according to DHL’s Ocean Freight Market Update for April.

“Although some delays are to be expected, European ports are prepared to handle the surge of vessel arrivals. Nevertheless, the availability of empty equipment will worsen as vessels are not rotating promptly,” explained Dominique von Orelli, Global Head, Ocean Freight, DHL Global Forwarding. 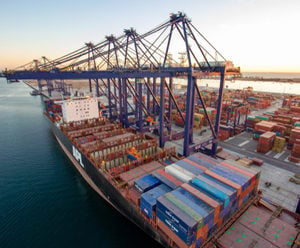 “Most carriers have enforced booking stops and will be introducing a rigid blank sailing program to get the schedule back under control. With capacity and allocations being cut drastically, rates are likely to climb further,” he added.

This comes at a time when the global container shipping industry is already under severe pressure due to port congestion, empty container shortages in Asia, and liner schedule reliability at an all-time low.

“We will feel the full impact of the marine traffic jam in the coming two months, and we expect that it will not be fully sorted out before Q3 this year. Customers, forwarders and carriers will have to continue to work jointly to overcome this industry challenge initially caused by the pandemic and now aggravated by the Suez Canal incident,” said Kelvin Leung, CEO, DHL Global Forwarding Asia Pacific.

McCown estimates the Suez Canal blockage had the immediate effect of reducing effective ship capacity by around 15 to 25 percent on the Asia-Europe shipping trade lane owing to the longer distance for diverted vessels to go around Africa. A secondary effect was a further reduction of equipment capacity due to the various delays.

“While I expect the Asia-Europe lanes in both directions will be the most directly affected, you can expect lesser direct impact on Asia-U.S. East Coast lane for the smaller amount of boxes that move via the Suez,” he added.

Meanwhile, although the U.S.’ West Coast ports remain less exposed to the impact of the Suez blockage compared to the East Coast, vessels face longer waiting and discharging times at West Coast ports than anywhere else globally, according to analysis from logistics platform project44.

Even as the supply side of the shipping equation is under pressure, the demand outlook remains bullish.

"The fastest rates of increase for both new orders and prices were reported among producers of consumer goods," noted Chris Williamson, Chief Business Economist at IHS Markit. "With business expectations becoming even more optimistic in March, further strong production growth looks likely in the second quarter.”

However, supply chain constraints are a major issue for Europe, with average lead times for the delivery of inputs lengthening at an “unprecedented rate” in March due to product shortages, stronger global demand and ongoing logistical challenges linked to Covid-19, according to the research firm.

Williamson said Eurozone manufacturing production and order books grew at rates unprecedented in nearly 24 years of PMI survey history during March. “Although centered on Germany, which saw a particularly strong record expansion during the month, the improving trend is broad based across the region as factories benefit from rising domestic demand and resurgent export growth,” he added.

Unless resolved quickly, record supply chain disruptions — likely further exacerbated by shipment delays from the Suez blockage — could threaten to overshadow this positive growth in the manufacturing sector.